One of Nigeria's goals set for achievement this year is to reduce the financial exclusion rate to 20%.

The consensus from the World Bank, the Central Bank of Nigeria (CBN) and other research institutions like PwC show that the country has made progress. From a 46% exclusion rate in 2010, current figures still vary but hover around 37%.

This means more people have digital access to storing money or sending and receiving payments, which help them become part of the formal financial system. The reduced rate can also assist in closing the poverty gap and providing more opportunities for economic growth.

The drive to improve the inclusion rate has birthed ideas to help people save, invest or further protect themselves.

For instance, some banks have dropped embargoes such as minimum account balances and embraced the use of phone numbers for financial transactions.

The result is an increase in the banked population from 38% in 2016 to 40% in 2018, according to the most recent Enhancing Financial Innovation & Access (EFInA) financial inclusion survey. It also revealed that the banked population made more use of their accounts in 2018 compared to 2016.

But banking represents only a portion of financial services. Insurance and pension are still lagging. Nigeria's insurance penetration rate is at 1.6% of the population compared to South Africa's 17%.

The story is the same on pensions. With a penetration rate of 8%, Nigeria's pension industry lags behind the likes of South Africa and Kenya with rates at 48% and 13% respectively.

The role of fintechs in financial inclusion

One key feature of the country's financial inclusion strategy is the decision to leverage technological innovation for underserved areas.

Financial technology (Fintech) firms are rising to this challenge with both the support from the government and backing from investors.

For example, the CBN, in collaboration with the Nigeria Inter-Bank Settlement System (NIBSS), introduced regulatory sandboxes that allow fintechs to test solutions/products in a controlled environment. This is in addition to the Payment Services Bank (PSB) license the CBN issued in 2018.

Also, as investors bought into a business model that reduced operational cost and boosted profitability, fintech investment in Nigeria began to grow. Between 2011 to 2017, the industry attracted about $100 million. In 2018 alone this doubled to $200 million.

By last year, fintech start-ups had raised even more, with PalmPay and Opay, raising $40 million and $120 million. In comparison, Interswitch bagged a $200 million investment in November 2019 making it Africa's first unicorn.

The catch though is that their activities are not always mutually exclusive to the traditional banks and financial institutions.

Take PiggyBank, which started as a platform to help income earners save money. The Fintech firm facilitated a savings growth of 3000% between 2016 - 2017, particularly among its millennial users. But, this achievement would have been impossible if people did not have a bank account in the first place.

However, getting people like the unbanked financially onboarded may require excluding the banks as a solution entirely. According to the EFInA survey, most of Nigeria's unbanked feel that the financial institutions are not inclusive or affordable.

One way around this is with mobile money.

This is a method of making financial transactions without a bank account. An example is Paga, Nigeria's leading mobile money firm, which has had 16 million customers since its inception. But, Nigeria still lags on the financial innovation; only 6% of adults in Nigeria have a mobile money account.

Last year, the Economist said four-fifths of Nigerians had never even heard of mobile money. This is in contrast with the 73% of Kenyans who use their phones for mobile money transactions.

For more context, mobile money accounts for just about 1.4% of the GDP in Nigeria. In Kenya, mobile money transactions were equivalent to 44% of the country's GDP.

Fintech start-ups could help accelerate financial inclusion in Nigeria through mobile money. There are, however, regulatory limitations on digital services such as requiring a Bank Verification Number (BVN) for service delivery. This automatically excludes a large chunk of the financially excluded who are mostly unbanked.

Because identification is essential for financial transactions, the slow rollout of a unified national identity numbers is hindering the ability of non-traditional financial service providers to meet know-your-customer (KYC) requirements.

In realisation of this barrier, the CBN has moved to re-issue strategies and guidelines that could foster synergy between traditional banks and other players in the sector to deepen financial penetration rate.

The partnership with the telco industry is a welcome development because telcos have a wider reach than traditional banks. They also have an identification database for their customers and would find it easy to adhere with CBN's KYC requirements. It could also bridge a regulatory misunderstanding where Nigeria's Deposit Insurance Corporation cannot licence fintechs. This is because they would not fully disclose customer data- a situation the Nigeria Data Protection Regulation prevents.

Iyinoluwa Aboyeji, co-founder of Flutterwave and Andela, agrees. "You need the telcos for a lot of things. If you want to reach the unbanked, you have to work with the telcos because they have better distribution networks."

MTN Nigeria, the largest mobile telecommunication firm in the country, reported a 23% rise (value not disclosed) in its Fintech revenue after it obtained a PSB licence. This lends credence to the swift access possessed by telcos, which is instrumental to financial inclusion.

The World Bank's July 2020 report shows that Africa is leading the globe in digital financial inclusion. While countries like Ghana, Uganda and Kenya are the forerunners, there is room for Africa's largest economy to measure up.

Subscribe to read more articles in our newsletters here, and check out our Covid-19 live monitoring page.
Share this story 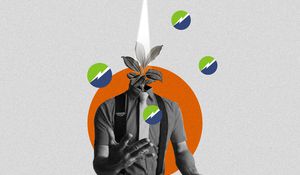 NBET and the looming debt crisis that's keeping your lights on 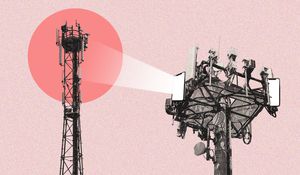 Meet the new Nigeria under the ACFTA, a services economy