Can the INEC chair be replaced close to the election?

The Independent National Electoral Commission (INEC) oversees most Nigerian elections, notably national and governorship contests. Because of the sensitivity and expected neutrality of the commission, there are always questions concerning its leadership and if it can provide the necessary capacity to manage the demands of politicians, parties and citizens.

Recently, rumours have emerged about the current INEC Chairman, Mahmood Yakubu, getting removed. How possible is this potential removal with an election in less than 80 days? First, let's see how an INEC chair gets into power.

How is the INEC chair appointed?

INEC is one of 14 federal executive bodies specifically referred to in Section 153 of the Nigerian Constitution, with the conditions similarly affecting it. These bodies are not placed under any ministry, with their offices reporting directly to the president.

This is why the president appoints the chair of INEC. In doing so, they must consult the Council of State, which comprises renowned former citizens, such as former presidents and chief justices, and receive approval from the Senate.

Section 157 of the constitution specifies that the president can only remove the INEC chairman if a two-thirds majority of the Senate communicates such a request. This means the president cannot unilaterally remove the chairman of INEC without the support of the Senate. As a result, barring any unforeseen circumstances, Yakubu should preside over the 2023 general elections.

Potential change in the appointment process

Because of the role's importance, there have been occasional calls to review the appointment process. Former President Yar’Adua established a commission, led by former Supreme Court Chief Justice Muhammadu Uwais, to review the electoral process after the controversial 2007 elections.

Part of the recommendations included moving the responsibility of appointing the INEC chair to the National Judicial Council to ensure non-partisanship. But the then government rejected this. Future deliberations may lead to an amendment of the constitution to address this concern.

Where else can you learn about the Independent National Electoral Commission? 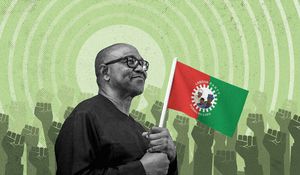 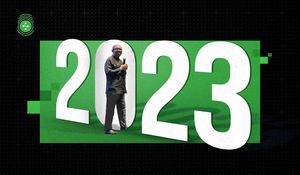