Can you code your way to your dreams?

Oluwatomisin Jasmin Ogunnubi is not your average teenager; she is one of Nigeria’s future coding stars. She built her first mobile application when she was 12 years old, and now, still only 15, she is the co-author of A Walk in Her Shoes, a book on mother-daughter relationships.

We meet at her book launch in Ikeja, Lagos, on a cloudy Saturday morning. Tomisin—as she prefers to be called—is worried that rain will disrupt the event. “It won’t rain in Jesus name,” she murmurs as we make our way to a quiet spot to have a quick chat.

Wearing a T-shirt that reads “ask me anything about my book”, Tomisin tells me that the book was motivated by the frequent conversations she had with her mother. “I am very close to my mum, and we talk about a lot of things. From my conversations with her and my own friends, I realised that we saw the world differently from parents,” she explains. “That’s where the idea for writing the book with my mum came from. We felt that curating our different perspectives on a range of topics would help people understand where each side is coming from,” she finishes.

Tomisin explains that the book is a personal account of discussions with her mum on topics ranging from religion to sexuality and pain. “It is not a manual or book to tell people what to do. It is just a conversation starter. We want to use our lives to help people understand mother and daughter viewpoints,” she gushes. 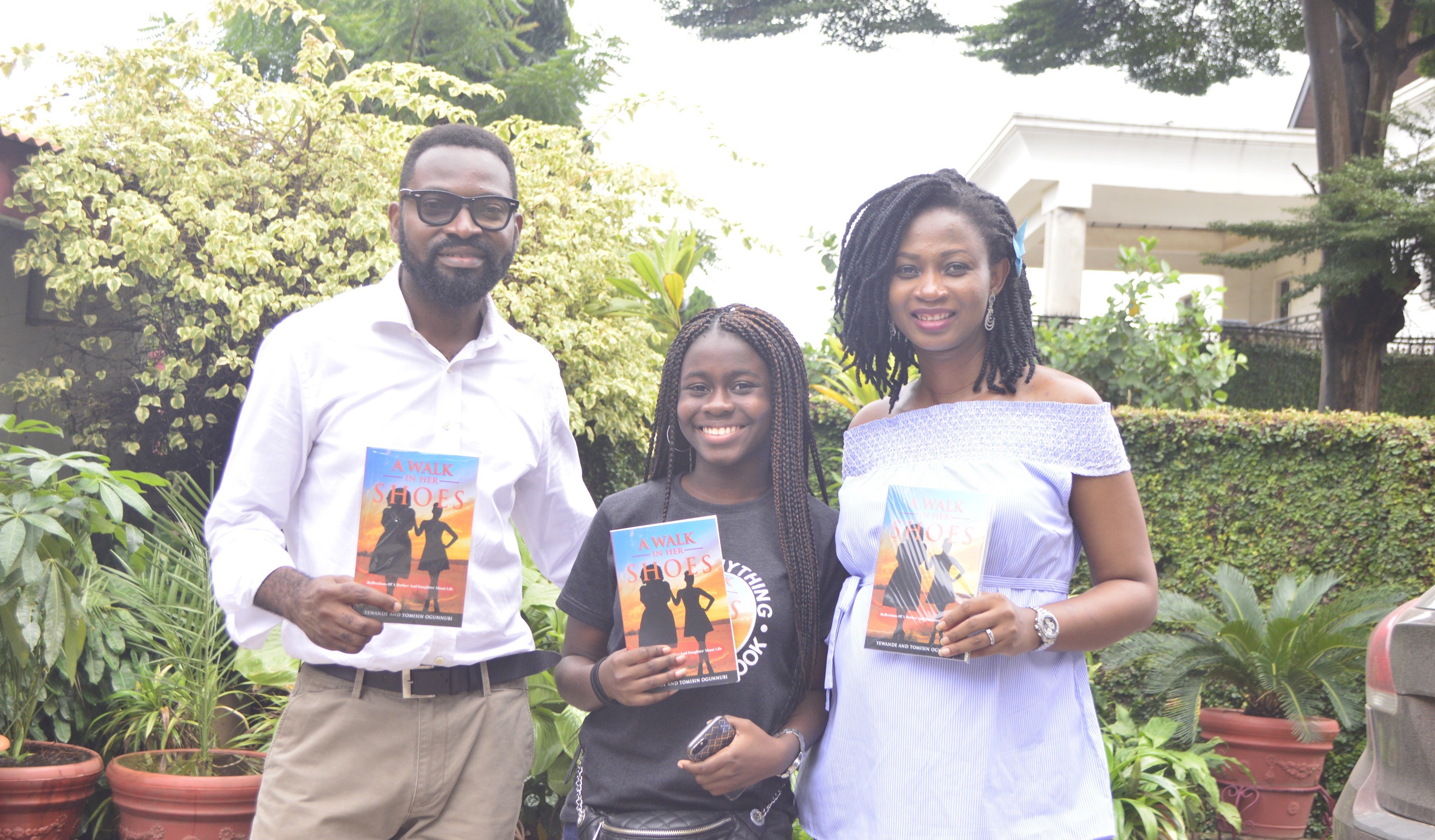 Tomisin handing out copies of her new book

The idea for A Walk in her Shoes popped up last year, but the duo only started actively working on it this year. It is already receiving positive reviews.

While writing with her mum was fantastic, Tomisin does not see herself as a full-time writer. “I’d like to study computer science and robotics engineering in the University,” she beams.

Coding her way to her dreams

Tomisin, who is currently in Year 11, has been marching towards her ICT dreams since Year 7. “I’ve always been interested in technology. I took the Microsoft Office Specialist certification exam in 2015 and that sort of kickstarted my interest,” she recalls.

In 2015, one of her teachers at Vivian Fowler Memorial College noticed she was intent on tech and introduced her and a few other students to an app developing platform. According to Tomisin, in partnership with the New Horizons Computer Learning Centre, her school made provisions for her to learn how to code. “I learnt to code on like the starter level. We used to have training after school for about three days each week.”

From there, Tomisin built her first app: My locator. The mobile app stores the child’s current location and can link to google maps to show directions from one location to an already saved location without using any address. Basically, it helps lost children find their way without having to remember addresses. The app also has an emergency function that can send out an alert with the child’s location to a saved emergency number. 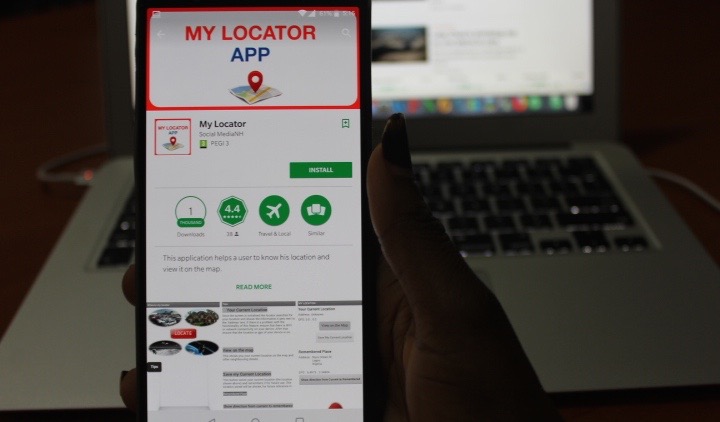 As Tomisin and I talk, she confesses that the app was sitting around for a while after she built it. “It was my teacher, Mrs Rosaline Lasisi that suggested we test the app to see if it works. It worked, and she encouraged New horizons to put it on the google play store,” she says with a smile.

So far, the My locator app has over a thousand downloads, and Tomisin is excited that it is helping people. “When my 12 year old self built it, I just wanted to do my bit to help keep children safe in Nigeria,” she says.

She has done that and more. Her app has impressed technology companies across the country who are now describing her as Nigeria’s coding superstar.

Making apps and writing books are not the only things Tomisin excels at; she knows her books too. In 2016, she emerged the best graduating student in Junior Secondary School with 16 merit awards out of a possible 18.

Her mum, Yewande Ogunnubi, in an interview with TVC news explained that she was used to it.  “She has always been the Zenith award recipient,” she said.

So how does she juggle being top of her class and all the extra-curricular stuff she is doing? The 15 year old says she is able to learn a lot just by listening. “My learning method helps a lot. I understand things better when I listen to people talk,” she muses. “I don’t even like reading. When I read it is only as a form of revision,” she adds, laughing.

One obvious thing, however, is that Tomisin could not do it without her support system. More than anything, her parents encourage and motivate her to go for whatever she wants. As she says, “They are always there to offer advice and guide on next steps for me to take.”

And the same applies to her friends. “My friends literally give input on whatever I am working on. They always give feedback, and it has really helped me grow,” she adds.

And is she worried about all the attention from the media? In the beginning, she used to be, but Tomisin is slowly becoming more comfortable with people talking about her work. The way she sees it, being in the public eye gives her even more reason to excel.

She shows no signs of resting on her laurels either. Noticing that a lot of young people were creating and selling different products, she began working on an online marketplace to bring all of these creatives and vendors together. “I am thinking about a sort of e-commerce site for young people. There are so many teenagers now creating new things, I want to bring them together and give them a space to sell to anybody,” she explains.

Although the idea is still on the drawing board, Tomisin is optimistic that she will pull it off. Just like her mobile app and her book.

The Gender gap in Nigeria’s tech scene is no secret. Even as more women get involved, the largest companies are dominated by men. Recognising this, Tomisin hopes she can break barriers and be a key name in the industry as she grows.

“I don’t accept that women cannot do things simply because of their gender,” she tells me. “In my own way I want to prove that just because I am a girl does not mean I cannot aim for what I want,” she finishes.

We end our chat and Tomisin begins to make her way to the other side of the venue, where guests have begun to arrive for her book launch. Fierce and determined, Tomisin recognises that life will not always be rosy, but she takes on her dreams one project at a time. Today, her book. Tomorrow, perhaps, her online e-commerce site.