*The National Bureau of Statistics defines the unemployed as “all those in the labour force that are not in employment during the specific reference period” and underemployment as “people who work part-time (usually worked for at least 20, but less than 40 hours), and are willing and available to work more hours than they usually do”

We look at four charts that show which regions are most affected by unemployment. 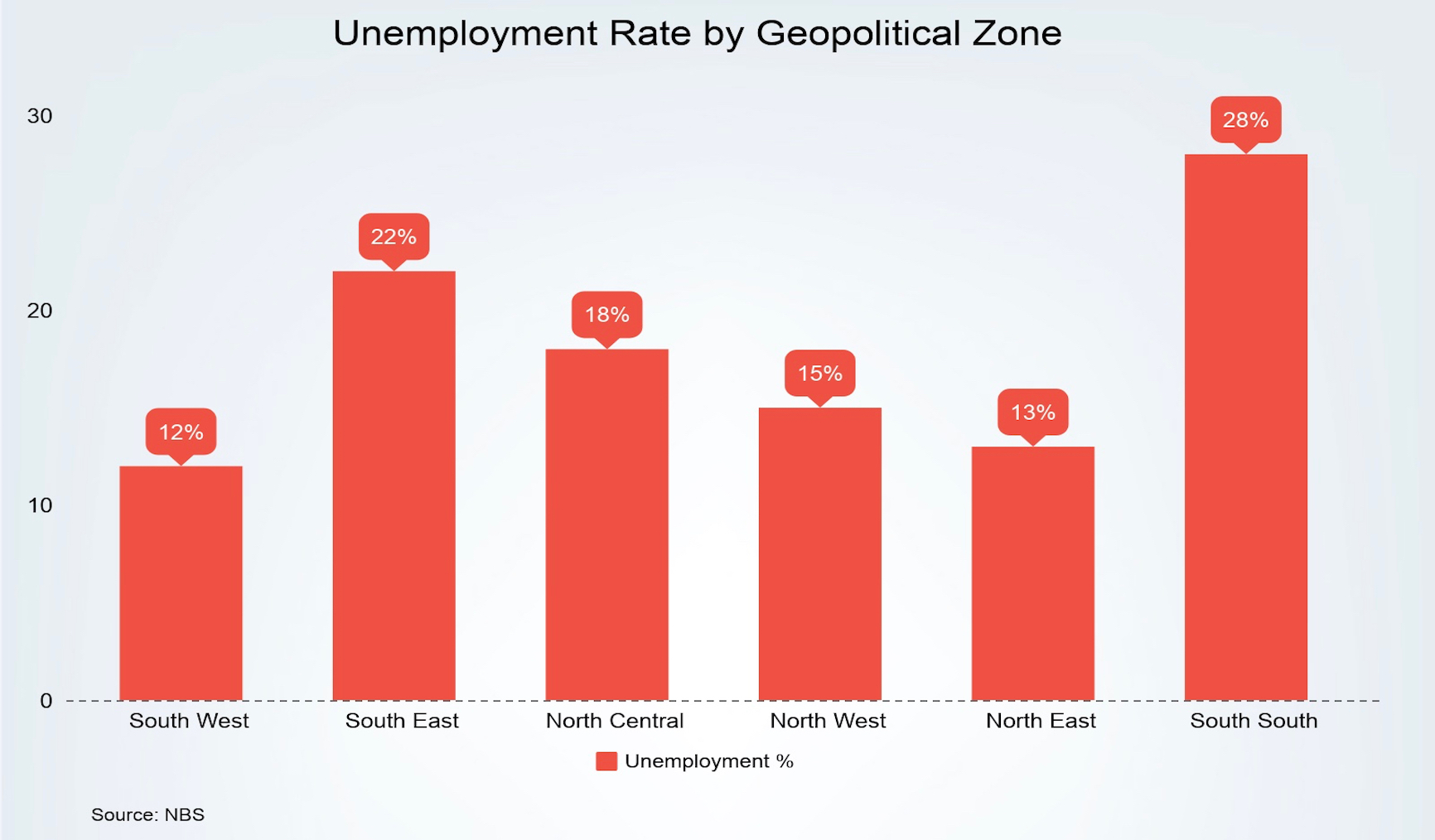 The South-East and South-South are conspicuously behind.

Unemployment Rate by Geopolitical Zone – Nigeria’s national unemployment rate is 18.8% which means that nearly 1 in 5 aspiring workers do not have formal jobs. The unemployment problem varies by regions. While the South-West looks to be the hotbed of job creation, other parts of Southern Nigeria are lagging behind. The South-East and South-South have the highest unemployment rates by far, and it is hard to dissociate this reality from the perpetual state of political and social unrest. We have previously discussed how poverty has fed the Niger Delta problem, and it is clear that these regions have drawn shorter economic straws – despite (or, because of?) sizeable natural resources. The regional discrepancy suggests that a single national approach to job creation would be incomplete. Governments may need to work together to develop proper regional economic plans to ensure that regional inequality in Nigeria does not continue to grow. 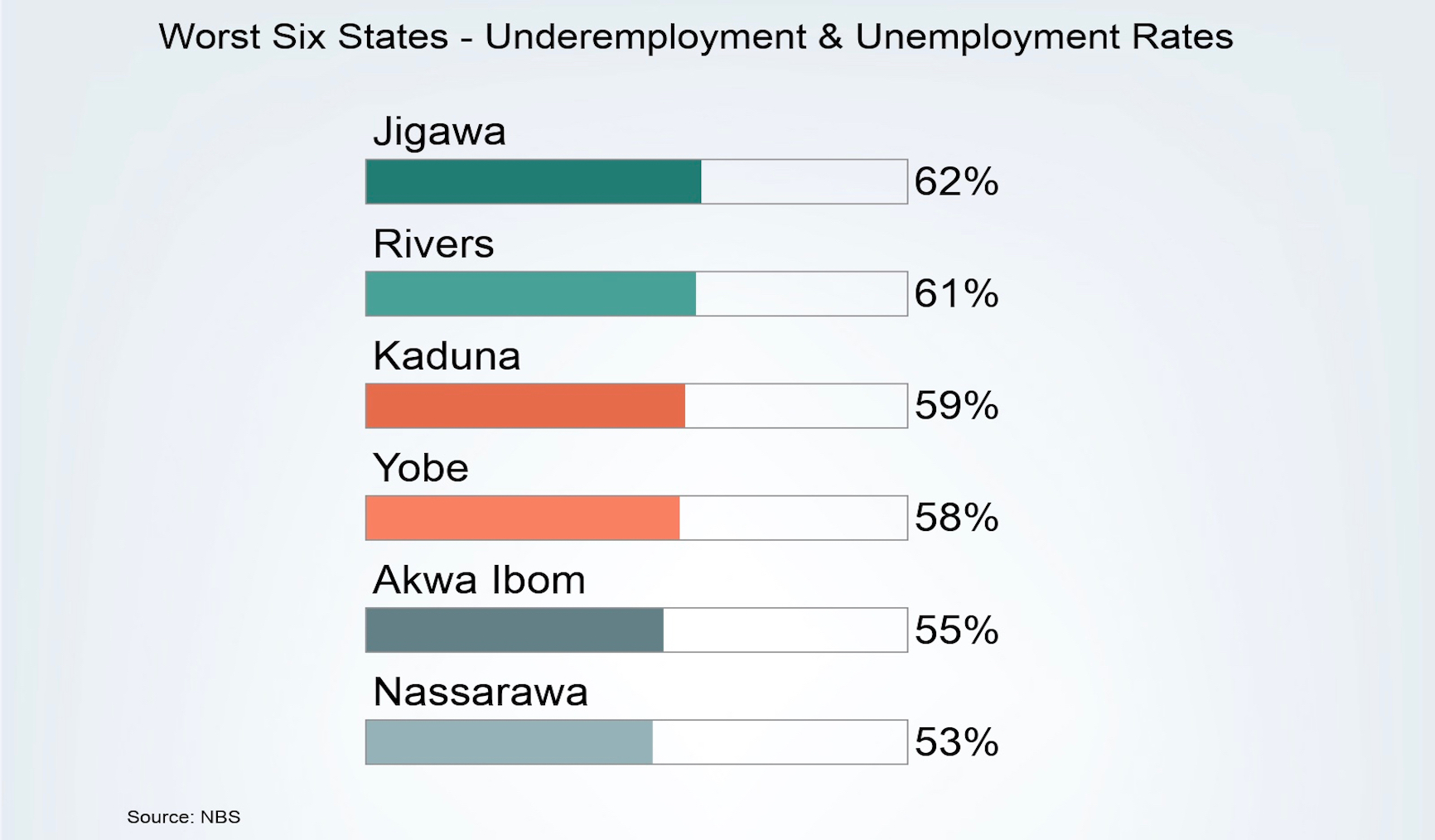 Job-seekers in many Nigerian states have to struggle 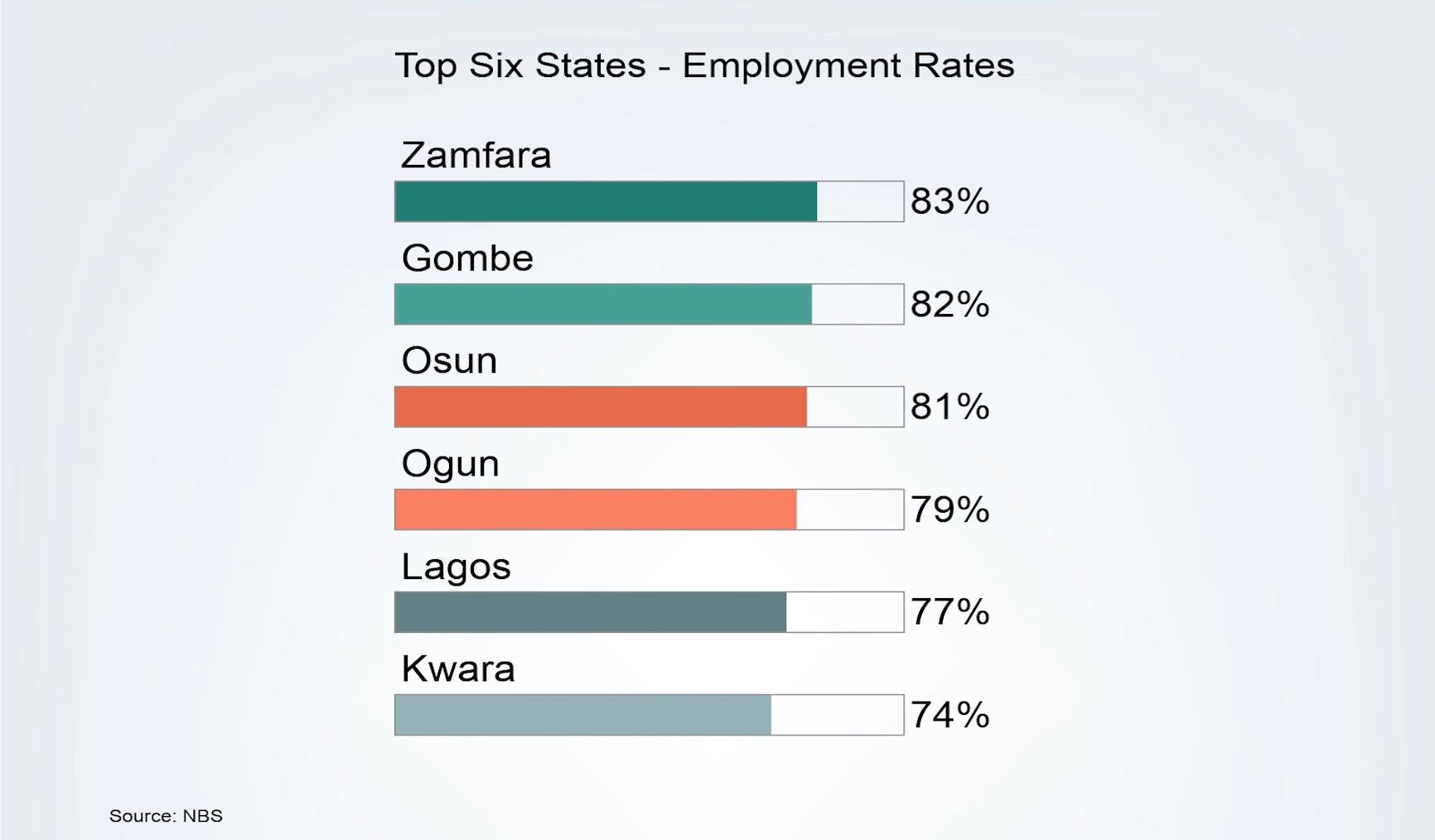 The top-performing states are doing quite well.

Top Six States for Employment – Despite Nigeria’s unemployment problem, some states are still doing pretty well. Zamfara and Gome top the list, although this may have more to do with how the NBS measures underemployment. Less surprisingly, states in the South-West dominate, with Lagos having a 77% employment rate despite boasting a potential workforce of over 7 million people, nearly a tenth of Nigeria's entire labour force. 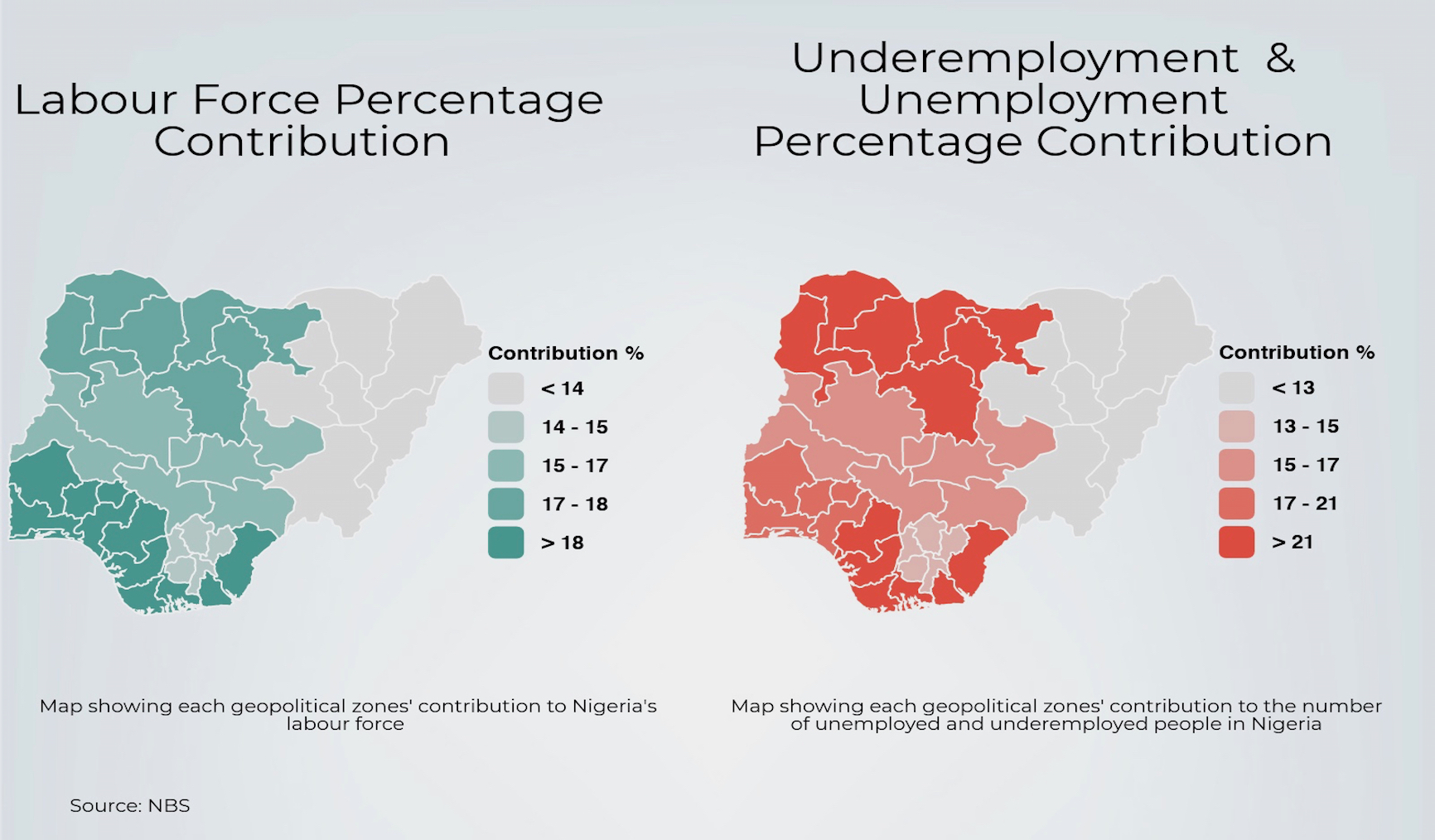 The South-West is overachieving given its size