Four charts that show how Nigeria's economy has improved

2016 was a tough year for Nigerians as the country slid into a recession. 2017 however, was the official recovery year and things are looking brighter in 2018.

Here are four charts that illustrate some of the key improvements in the economy that Nigerians should take note of. 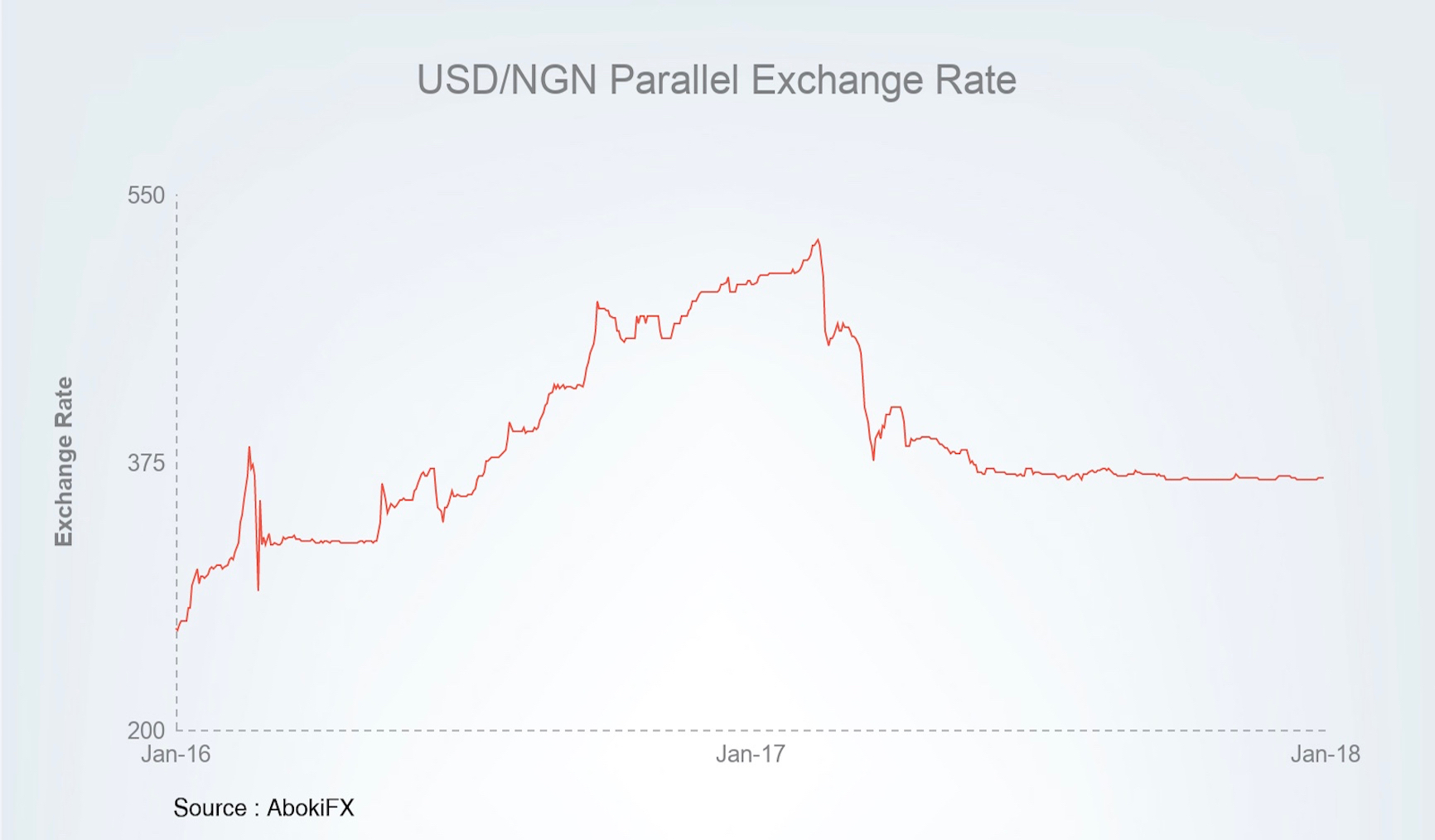 Despite the controversy around President Buhari's health, the naira was an even more popular search in 2017. Last year, Nigerians hit the peak of the currency crisis as the dollar hit ₦516 on the black market in February. A short month later and as recovering oil production in the Niger Delta boosted the Central Bank's foreign exchange earnings, the CBN suddenly had the firepower to defend the currency. Through a series of interventions that culminated in the Central Bank opening a new foreign exchange window for the naira to float freely, the black market rate appreciated, stabilising just above ₦360.

With oil prices expected to remain strong this year, there's no obvious reason for speculators to test the CBN. The question now is if ₦360 will remain the norm for most of the year or if the CBN will look to close the gap with the official rate, which still stands at ₦306 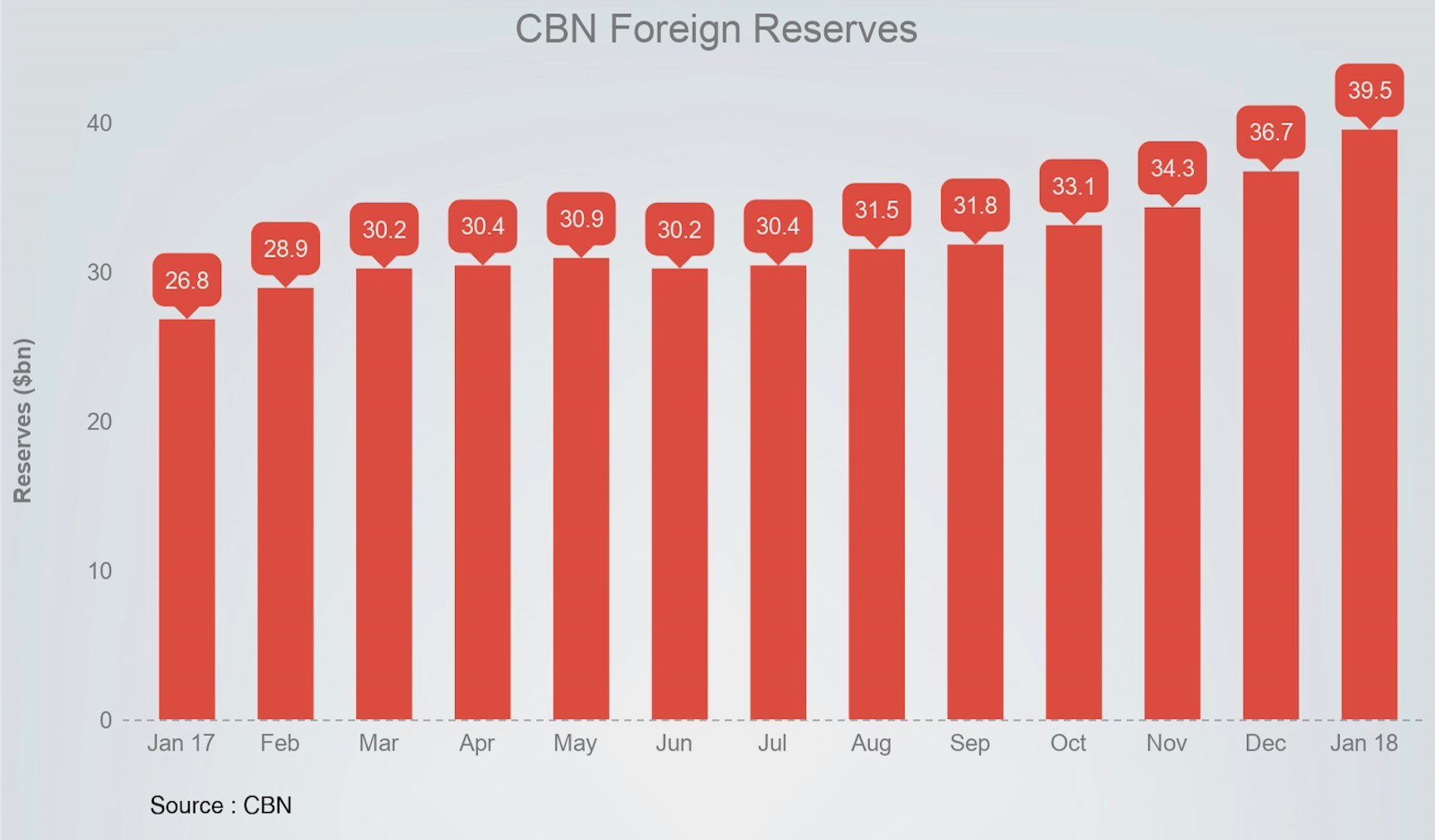 The CBN has spent 2017 building its foreign reserve war chest.

In another oil-related story, foreign reserves have picked up after reaching a record low of $24bn in October 2016. Today, they sit at a much healthier $40bn. The boost in reserves comes after Brent crude's recent jump to $70 for the first since December 2014 – more than $20 above the assumption in the 2018 budget. The stability in the Niger Delta region – and higher oil production – has also helped our cause. Nigeria's oil earnings should be higher this year – the government projects them to be 15% higher than 2017 and more than three times greater than in 2016 – and this would only strengthen the CBN's reserves position. There will be more room to intervene in the currency market and replace any capital flight if needed. 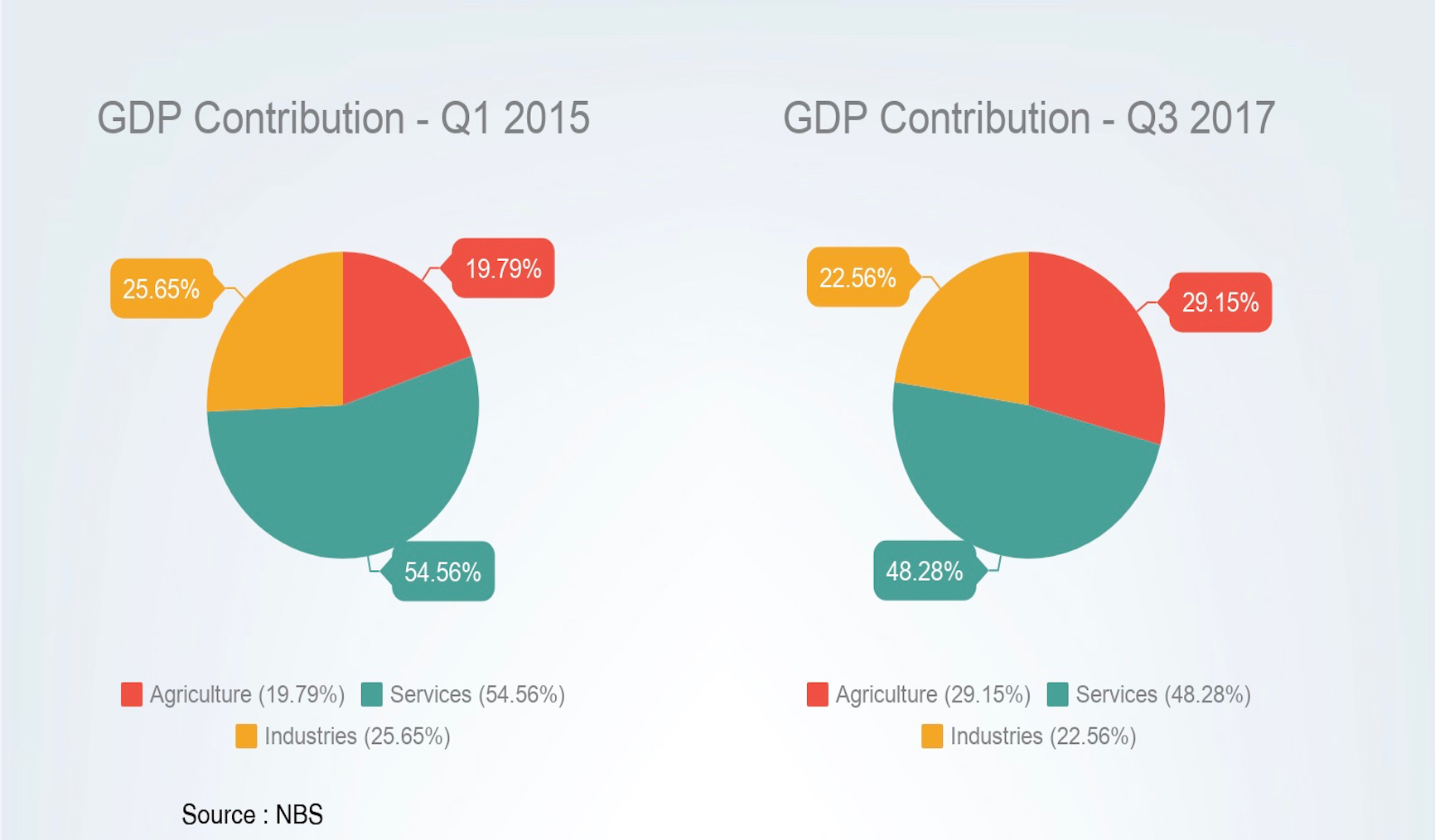 Agriculture has made big strides.

Through the tough times, agriculture has been the shining light of Nigerian sectors. It was lauded as the sector that would pull Nigeria out of the recession. No surprise then that its contribution to real GDP has increased by almost ten percentage points since 2015. The government has many programs and objectives in the sector; from the CBN's Achor Borrowers Program to the use of mobile technology and then, of course, the "no rice imports by 2018" target. At the very least, the numbers show that government policy is influential. There is more room for the sector to grow in 2018, and the hope is that this "growth" feeds Nigeria as it improves food security. 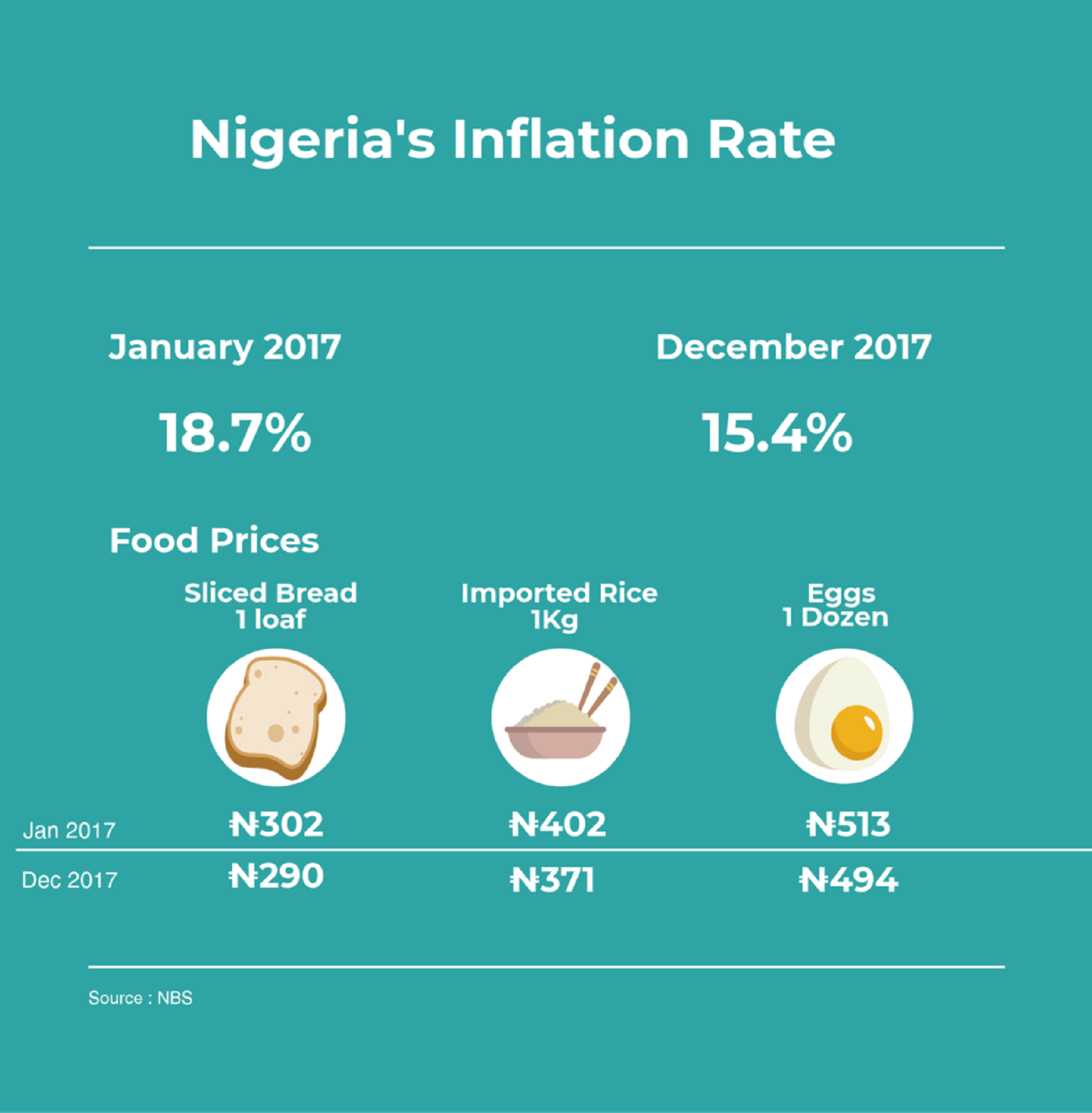 Inflation is moving in the right direction.

As the naira exchange rate approached the ₦500 level in January 2017, inflation was also on a scary path as it reached a record high 18.7% – double January 2016's rate of 9.6%. Thankfully the pattern has not continued into this new year, and prices are easing. The prices of a few staple foods have fallen since last year, but food price inflation is still at a stubborn 19.4%.

The CBN is itching to lower interest rates, and it might get the chance to do so if current trends push us closer to the 9% inflation target. The sticking point for this year could be higher global prices, which we know pressure the landing cost of petrol. It is unlikely that the government would increase petrol prices, choosing instead to bear a subsidy ahead of the 2019 elections.