After 16-months, the Nigerian government finally reopened its land borders in December. The initial closure was aimed to curb the smuggling of goods like rice into the country. The government argued that such goods—which usually come in cheap, flood the market and local manufacturers struggle to compete, thereby putting them out of business.

Like the border closure, import bans and high tariffs are similar tools used by Nigerian policymakers to 'protect' local manufacturers from imports. But to what extent do these protectionist measures accelerate the development of local industries?

The case for domestic industry protection

The idea behind these protectionist policies is that a poor country needs to protect its young industries against competition from superior foreign producers; otherwise, they may struggle to grow and take off. This idea is not unique to Nigeria but has been used by the East Asian tigers and even the United States and the United Kingdom, especially during their early stages of industrial development.

The cement industry in Nigeria has been a major beneficiary of these protectionist policies. The Backward Integration Policy (BIP) adopted under the Obasanjo regime specified that only importers who could prove that they were building factories for local cement manufacturing in Nigeria could get import licenses. This encouraged the emergence of local manufacturers, such as Dangote cement. Industry participants were also eligible for tax exemption for up to seven years under the Pioneer Industry scheme, and from 2012, the government stopped providing import licenses for cement. Dangote Cement also received exclusive mining licenses for Limestone and other additive materials for more than 90 years.

These policies have indeed 'protected' local cement manufacturers leading to the emergence of Dangote Cement as the controller of about 60% of Nigeria's cement market and the largest home-grown cement producer in Africa. Given the high sunk costs and risks involved in cement manufacturing, they were arguably necessary because it would have been difficult for local firms to make initial investment without them.

However, the rise of a dominant indigenous manufacturer has not necessarily translated to a better deal for Nigerians regarding the price people pay for cement. A study by the World Bank revealed that cement prices are higher in Africa than anywhere in the world—they are 183% higher on average than global cement prices. Currently, average cement prices for the 50kg bag cost $11 in Nigeria relative to $5.03 in South Africa, with a more sophisticated and competitive local cement industry. So, despite the generous government support which this industry enjoys, it still struggles to compete with its international peers in terms of price. But why is this the case?

One of the mechanisms through which firms improve their price competitiveness is by reducing their costs of production. But how do they achieve this? Through innovation. And what causes firms to innovate? Competition. If rival firms offer lower prices, others get forced to develop new technologies that would enable them to produce at similar prices to survive. Cement prices in Nigeria remain high because, among other reasons, dominant players leverage their market power and political influence to undermine competition in the industry. Dangote Cement for instance has been accused of engaging in anti-competitive practices such as creating artificial scarcity and using its influence within the Cement Manufacturers Association of Nigeria to manipulate national cement prices. The company was also reported to have accessed subsidised dollars from the Central Bank of Nigeria in 2016, a privilege that its rivals did not have.

South Korea used similar protectionist policies like tariffs and quotas in industries such as electronics. However, unlike Nigeria's cement industry, domestic competition was highly encouraged, and state support of beneficiaries were subject to strict conditions such as exports volume, R&D investment, and new product development.

Companies that failed these tests got deprived of state protection. Also, the country made massive moves to support capability development. For example, they provided subsidies to firms to support the training of workers while at the same time invested in government training institutions to ensure the nation's workforce had the skills needed for emerging technologies.

These measures enabled them to develop the capabilities needed to compete locally and more importantly globally. On the other hand, Dangote Cement exports have faced quality concerns in some countries and general operational difficulties in others where they do not enjoy similar government privileges as they do in Nigeria.

The South Korean example reveals that contrary to what many free-market enthusiasts argue, countries with adopted protectionist policies have achieved industrial development. However, protectionist policies by themselves cannot constitute the core of a nation's industrial policy. They need to be accompanied by complementary policies which foster domestic competition and compel firms to invest in their capability development. A failure to do so leads to the emergence of weak domestic firms which struggle to attain international competitiveness. Indeed, the uncompetitiveness of Nigeria's locally produced goods reflects in the volume and sophistication of the nation's exports. Non-oil exports account for less than 10% of our total exports. In other words, Nigerian manufacturers struggle to compete in global markets where only the best products can survive.

The obsessive focus on protection without equal efforts in capability development is also evident in the tomato industry. In 2017, the government introduced the tomato policy to reduce imports by increasing tariffs on tomato concentrate from 5% to 50% and introducing a $1,500 levy per tonne. It also plans to ban tomato imports by 2021. However, several studies have shown that the critical constraint in the tomato value chain is wastage as about 45% of tomatoes grown in Nigeria go to waste.

Nigerian farmers suffer from, among other issues, poor storage and processing facilities, and limited access to credit, which affect their competitiveness. In September 2019, for instance, Dangote shut down his tomato processing factory after an almost three-year lockdown because farmers were unable to supply the factory with adequate levels of tomato as they did not have the credit required to expand production. The steep increase in tariffs in 2017 has unsurprisingly done little to address farmers' productivity constraints.

Industrialisation in the 21st century

The challenges Nigerian domestic manufacturers face in many sectors are not necessarily always caused by imports but simply because they are nearly not as competitive as they need to be. There is a need for an honest recognition that industrial policies that prioritise only protection without an equal focus on capabilities and competitiveness are harmful, detrimental to our local manufacturers and undermine our efforts to diversify exports.

The need to focus on competitiveness becomes even more critical when considering important changes in the global economy. The proliferation of bilateral and multilateral trade agreements such as the AfCFTA mean that there is limited scope for the application of protectionist policies at least to the same extent as the East Asian tigers. Also, the rise of global value chains where entire stages of offshore firms manufacturing process mean that the quality of investment a country can attract is a function of its economy's competitiveness. This also implies that attracting investment into more value-adding and complex manufacturing activities cannot be attained without a more competitive domestic economy.

In short, building competitiveness is a sine qua non for industrial development in the 21st century. There are no shortcuts to this. 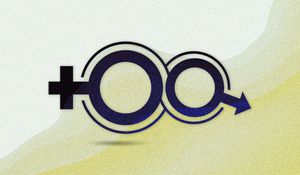 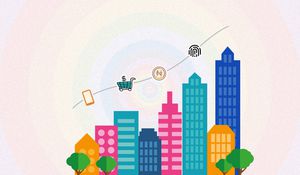 The economic components for a digital economy