In partnership with Tech Cabal for International Women's day, we explored stories of women working in Nigeria's technology space.

It’s happening here too. Look at any industry in Nigeria and you will find start-ups disrupting the scene. Whether it’s Helium Health helping Nigerian healthcare centres digitise their patient records or FarmCrowdy enabling Nigerian’s smallholder farmers raise working capital, the Nigerian economy is in the throes of its first phase of disruption.

The Nigerian tech scene has captured the imagination, enticing notable firms like YCombinator and GreenHouse Capital, and earning a visit from Mark Zuckerberg. A 2018 Disrupt Africa report estimates that 58 Nigerian start-ups raised $95 million, beating the likes of South Africa and Kenya to seal our place as Africa’s top investment destination for early-stage technology firms.

Like all great stories, the protagonists of this revolution are well-known; they are the warriors that have become pillars in the industry, from Jason Njoku, founder of iROKO, to Iyinoluwa Aboyeji, who co-founded Andela before establishing Flutterwave.

As would be expected in a sector still largely dominated by men, less told are the stories of the women who have shaped Nigerian tech, and the ones who continue to push it today. From Omobola Johnson, former Minister of Communication Technology and patron saint of Nigerian technology, to Tejumade Afonja, a young software innovator building an AI community in Lagos. 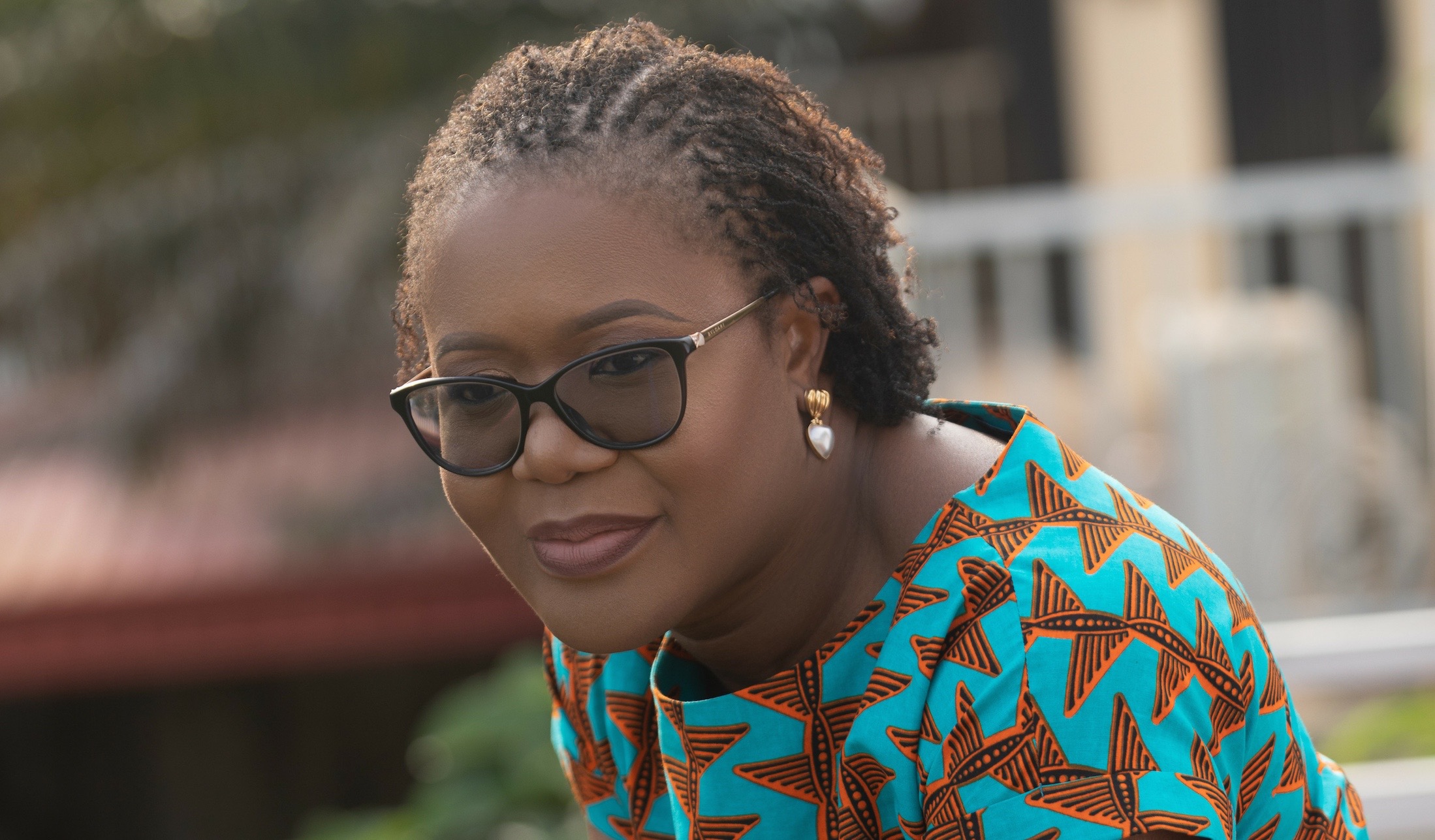 One woman synonymous with Nigerian tech is Dr Olayinka David-West, who has been working in the space since the early 1980s, back when nobody knew what an incubator was, she jokes. “Technology has been my thing since I went to study computer science in the university,” she says. After stints as Head of research at Tara Systems Limited and a Senior Consultant at DPMS Limited in the 1990s, she has settled at the Lagos Business School, Nigeria’s most exclusive business school, where she is currently the academic director and a senior fellow in the Operations, Information Systems and Marketing Division.

In the late 1980s, as Nigerians were being introduced to PCs, Dr David-West was working as a Xenix/Unix systems administrator in Lagos State. At the time, there were much fewer women in the technology sector. Many of the jobs were still hardware-based and required heavy-lifting, activities that were generally considered more suitable for men.

A lot has changed since then, for both women and technology in Nigeria. Even as she watched the advent of GSM phones and expansion of 3G networks transform the tech space, Dr David-West feels privileged to have observed a changing tide of women in tech.

One notable example of this is leadership. Although men far outrank women in leadership positions across basically all sectors, a crop of young silent female leaders is gradually shifting the narrative in tech. Banke Alawaye started as a programmer many years ago but is now the program manager for CodeLagos, an ambitious project aimed at teaching one million Lagosians how to code. Likewise, Ire Aderinokun first made waves as Nigeria’s pioneer female Google Development Expert and has moved on to found Buycoins, an African cryptocurrency exchange. 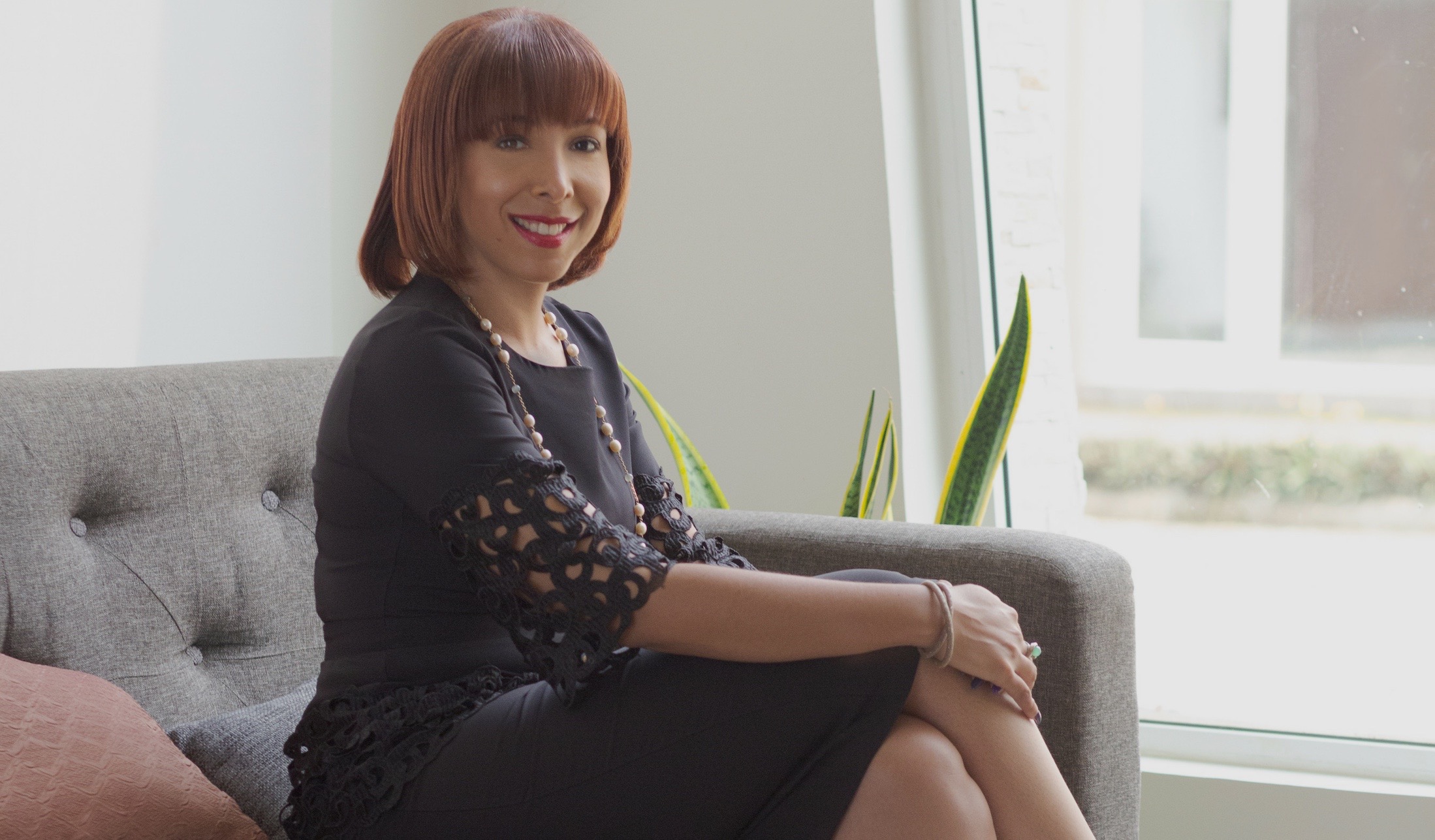 All of this is a world away from the humble beginnings experienced by Nkemdilim Begho, CEO of Future Software Resources. When she started out in 2005, she worked for a firm that was “trying to localise Linux operating systems in the three main Nigerian languages”. An experienced programmer, Begho explains that the culture of disruption was nearly non-existent at the time. “I remember searching online for ‘Italian restaurants in Nigeria’ and nothing useful came up,” she reveals. After that, Begho decided to start Future Software Resources to help create an online representation for businesses.

Looking back at the last fourteen years, she sees a much different landscape for women in tech. “The community is much larger now, and probably more open. They didn’t have co-working spaces like now; they didn’t have tech conferences and meetups. There weren’t even as many startups,” she finishes.

Begho is right; in Nigeria, a tech startup is born every minute, and we are seeing more female births.

No story about Nigerian tech would be complete without Andela, the mammoth start-up that has raised over $180 million within five years of launch. But this is especially true for women in tech, as the company has created the first tech talent factory in Nigeria—and many of them are women.

Even among Andela’s impressive crop of developers, Hamdalah Adetunji, a front-end web developer, stands out. She’s so good she has been described as one of the Hijabis moving Africa’s tech revolution. “I already knew a bit of web developing before I joined the team, but a lot of what I know and have learnt now is through Andela,” she says.

Taking a step back, no story about Nigerian tech would be complete without Fintech, the darling of the space. From payments to online lending, Fintechs are arguably the most popular start-up group in Nigeria. Heading one of these Fintechs is Odunayo Eweniyi, one of the co-founders of PiggyVest, which began as a simple virtual piggy bank and has morphed into a more comprehensive financial platform.

The initial idea was inspired by a tweet of a piggy bank or kolo, where the user had saved ₦1000 every day for a calendar year. PiggyVest has grown since then, with Eweniyi at the centre of that growth in her role as Chief Operations Officer (COO). “I handle investor relations, finance and operations for the startup. I do everything that is not core tech and marketing,” she says, describing her role. 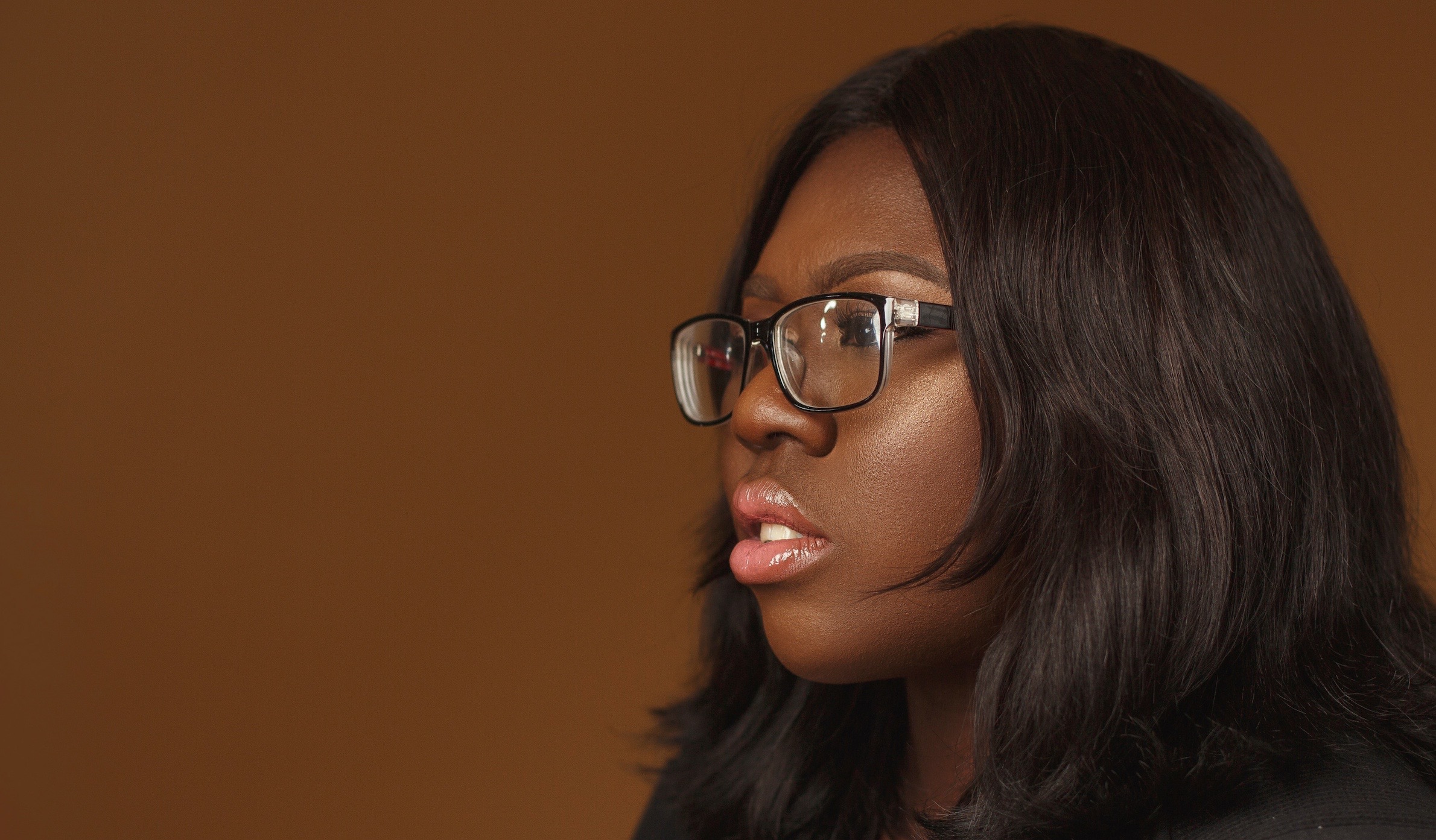 And yet, not all the women in Nigerian tech are traditional “techies”. Damilola Teidi-Ayoola has little technical experience but knows more about Nigerian startups than most people. She was the CEO of GoMyWay Africa, a carpooling platform for city and interstate trips, and now works as the Director of the CCHub Incubation Hub where she helps early-stage startups scale their business.

Meanwhile, Mohini Ufeli has been around the block in a short space of time. She previously worked at Andela but is now the Media Manager at Paystack, a payments processing company. 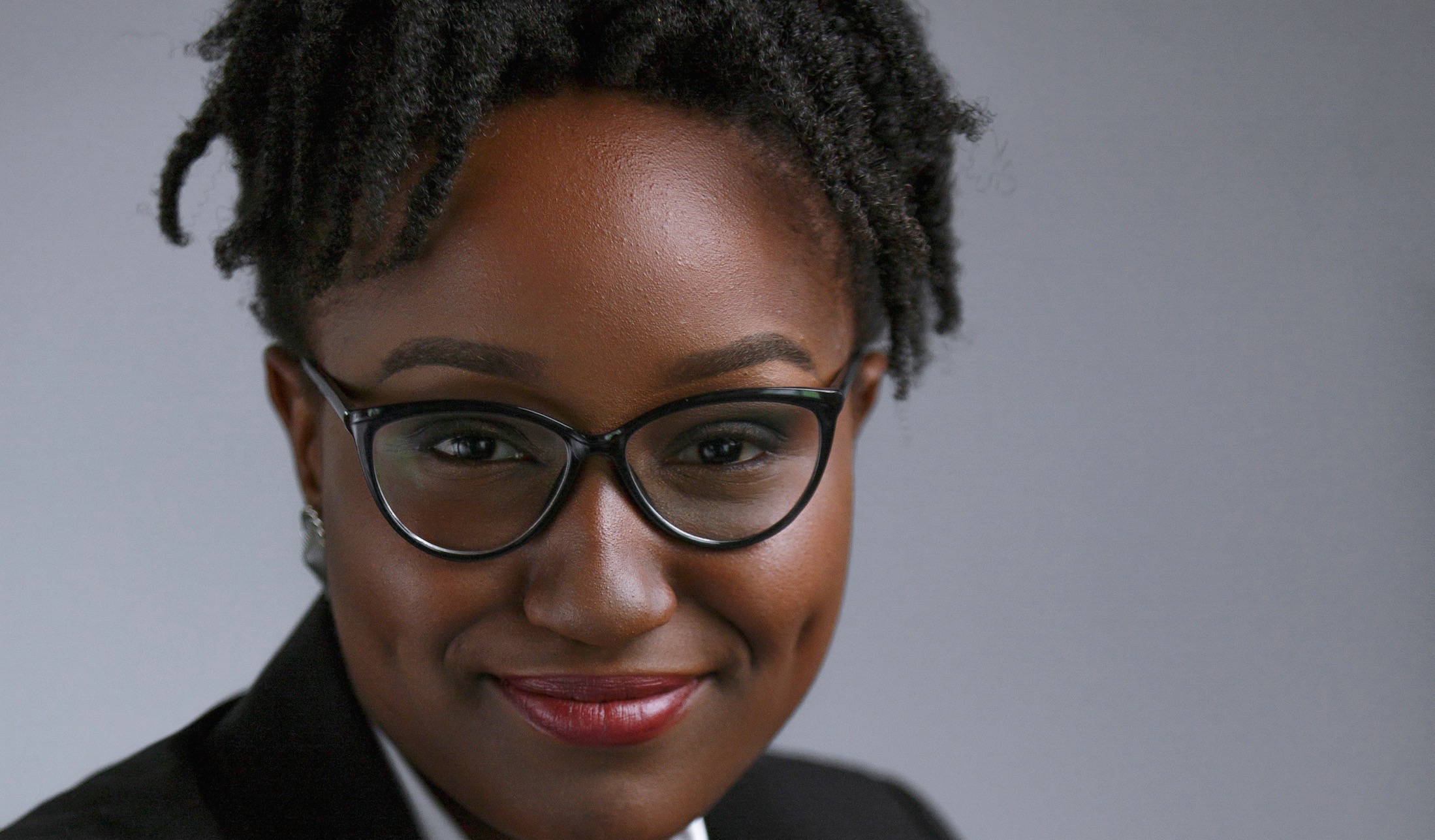 Ufeli is primarily a storyteller who uses her expertise in journalism and photography to illustrate how Paystack can service its customers. “I tell tech startup stories through the media,” Ufeli quips. “What I do with the company is basically create videos, pictures or anything media related to help the public connect with what we do,” she adds. Through her work, the impact of Paystack’s activities is passed across to potential clients in simple terms.

Every woman as a role model

Stories like Eweniyi’s and Adetunji’s are great, but there are still too few women in tech. While there are no reliable estimates of the number of women currently working in tech, looking at what different genders study at school is highly indicative. And according to this Brookings report, women account for only 17% of science researchers in Nigeria.

Adeola Shasanya, a co-founder of Afro-tech girls, an organisation promoting the participation of women in Science, Technology, Engineering and Mathematics (STEM) wants to see more women active within various parts of innovation and technology. 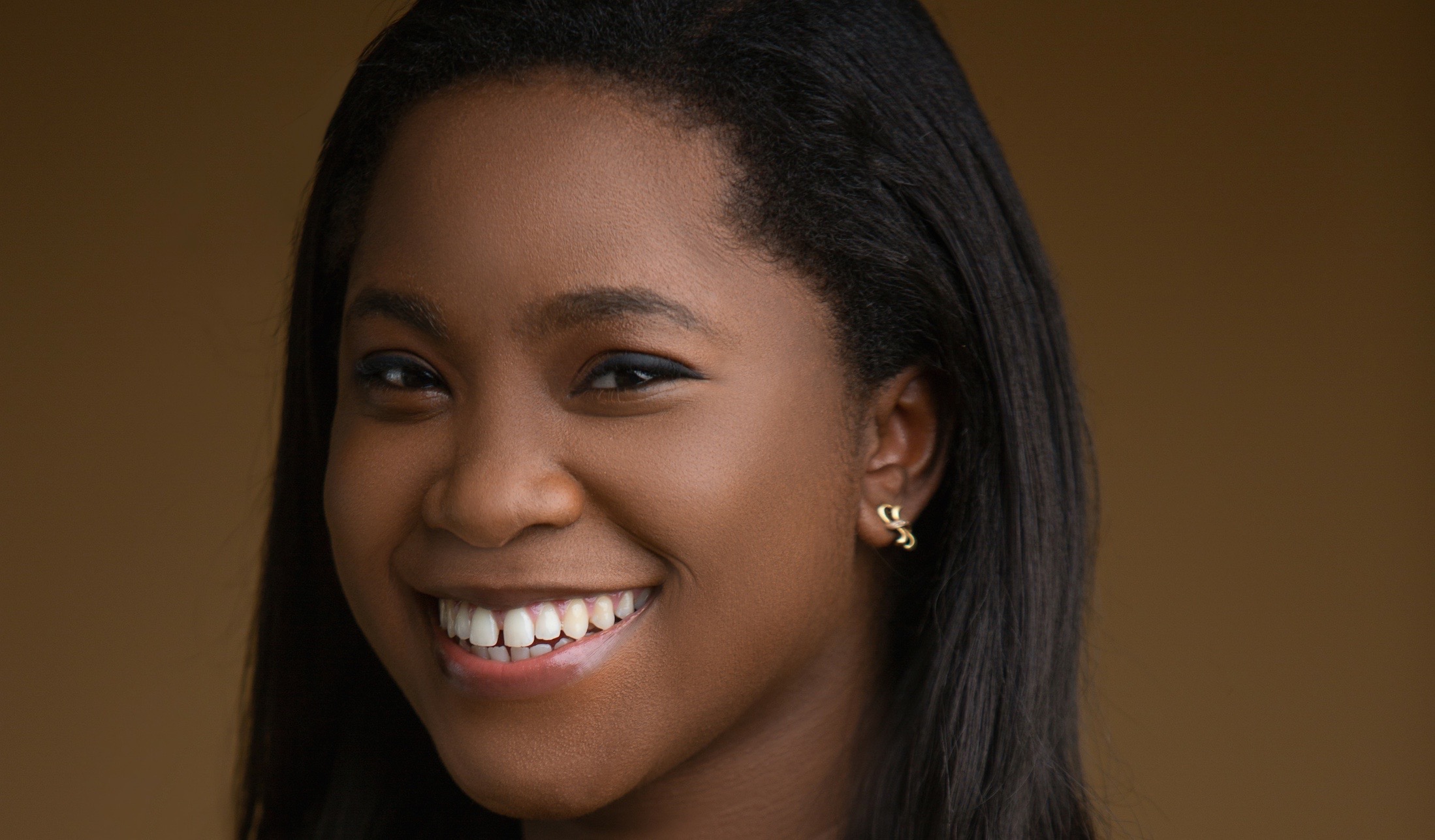 Afro-tech focuses on girls in secondary school because Shasanya believes that it is better to catch them early.  “There was a time the Afro-tech girls team took some school girls on an excursion to see and learn about power plants. I remember one of the girls was so fascinated by it she kept exclaiming. She had never been exposed to anything like that before,” Shasanya says. “Imagine if we could do that for a lot of girls, many will pick up interest in STEM.”

Shasanya and the rest of her team organise a lot of STEM-based quiz competitions for students in Nigeria, engage in tech-focused workshop and training sessions for women and provide mentorship programs for University girls in STEM.

Further up the value chain, Girl Code Academy is a not-for-profit focused on training girls to code, and SheProfitsAfrica trains female non-tech entrepreneurs on how to leverage technology in their business.

But few things are as potent as the visibility of female techpreneurs giving younger girls someone they can look up to. “For those doing something in technology already, I need them to keep projecting their achievements. Every time they speak about their work and achievements within the ecosystem, there’s a little girl picking interest in the industry and looking up to them,” Shasanya stresses.

It is not a hat that every woman wears comfortably. One unspoken burden of being a woman in tech is the emphasis on woman. Not every woman in tech sees herself as part of a greater movement, although nearly all face the microaggressions borne out of the latent sexism in Nigerian society.

Regardless of where each woman falls on the spectrum, there is a greater need to celebrate the women in Nigerian tech. This is a sentiment shared by Bankole Oluwafemi, co-founder and Editor in Chief of Tech Cabal. The Tech Cabal team have organised a portrait series and exhibition celebrating 50 women within the Lagos technology hub.

“We thought about all the cool things we could do and settled for this. We knew we wanted more events with women in it, this made the cut,” Oluwafemi says. Timed to mark International Women’s Day, the objective is to share the stories of the women making their mark in Nigerian tech. “So many women are doing wonderful things in Tech. I didn’t realise they had such fascinating stories until I worked on this project,” Oluwafemi adds.

The exhibition is a celebration of the past and present of Nigerian tech, and a seed planted in the hope that women will play a bigger role in its future. Even as Nigeria’s tech start-ups bulldoze their way through our archaic economy, something is missing, and it is distinctly feminine. I will leave the last word to Dara Oke, a software engineer and storyteller who has worked at Twitter, Intel, and Microsoft: “There are profound gaps in the kind of products being built, who they're built for, and how customers are understood.”