Growing global demand for sex-related products and increasing awareness of sexual wellness are spurring a boom in the global sex industry Amid rising demand for lingerie, contraceptives, condoms, lubricants, sex toys, etc., Business insider predicts the global sex market will grow by nearly 7% each year up till 2021.

Despite its conservative culture and proclivity to avoid sexual matters, Nigeria's sex industry is evolving just as fast. Without aggregate numbers to establish this, we can turn to anecdotes from vendors who claim to make millions of naira each year by selling sex toys and enhancers. Kemi Fawole, a popular sex therapist, rakes in ₦7 million each year from selling adult products. Another vendor, Bisi Obe, earned over ₦3 million in 6 months from sex toy sales.

The sexual wellness market is dominated by condoms, pills and sex toys, but there is a significant niche that exists outside these, a world of herbs and spices that serve as sexual enhancers. Enter Kayan Mata, a local aphrodisiac. 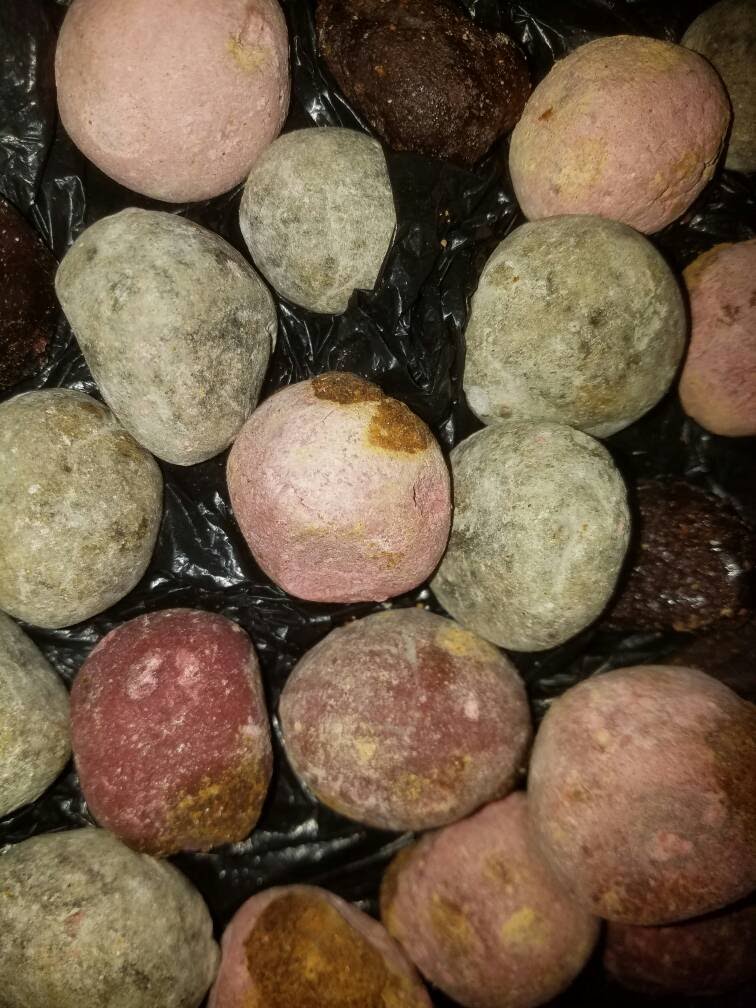 Maryam Usman, a resident of Borno State, has a commercial solution to marital intimacy. She opines, “Women buy Kayan Mata because they want to enhance their sex lives,” and her home (and workplace) in Zaria, Kaduna State, is filled with bottles of perfumes and wraps of herbs.

Maryam is one of the hundreds of women in Northern Nigeria who make a living by selling aphrodisiacs. Kayan Mata, translated literally as “Women’s property or things”, is a generic name for a range of different kinds of aphrodisiacs.

It is not the name of a specific enhancer, but a five-century practice of handing down spices, creams, perfumes, tablets, etc. made from herbs that are believed to heighten sexual experiences.

Nusaybah Ali, a user explains its significance to women in the region. “The general idea behind the use of Kayan Mata is for your husband (and you) to achieve pleasure so much that your husband is pleased with you enough not to look outside your matrimonial home,” she says.

Kayan Mata consists of various components ranging from sweets, lubricants, perfumes, makeup, herbs, sweetener powders and spices. The ingredients have evolved over the years, but typically,  the products have a base of honey, tiger nuts, camel’s milk, millet, herbs and roots. A lot of the herbs used to create these enhancers are local herbs, making English translations hard to come by.

Positive reviews are not hard to come by, however. “Kayan Mata works. I took the bird (pigeon), it’s cooked in a mix of herbs and spices. It also has health benefits, I didn’t have to struggle with vaginal dryness which prevented injury,” another user, Hadiza Mohammed, enthuses.

Traditionally, Kayan Mata is supposed to ensure social stability by keeping couples happily married. In a conservative and predominantly Muslim region, emphasis is placed on maintaining a stable family. While this is not the only means of preserving stability, Kayan Mata is a contributing factor to achieving it for the average Northern woman. 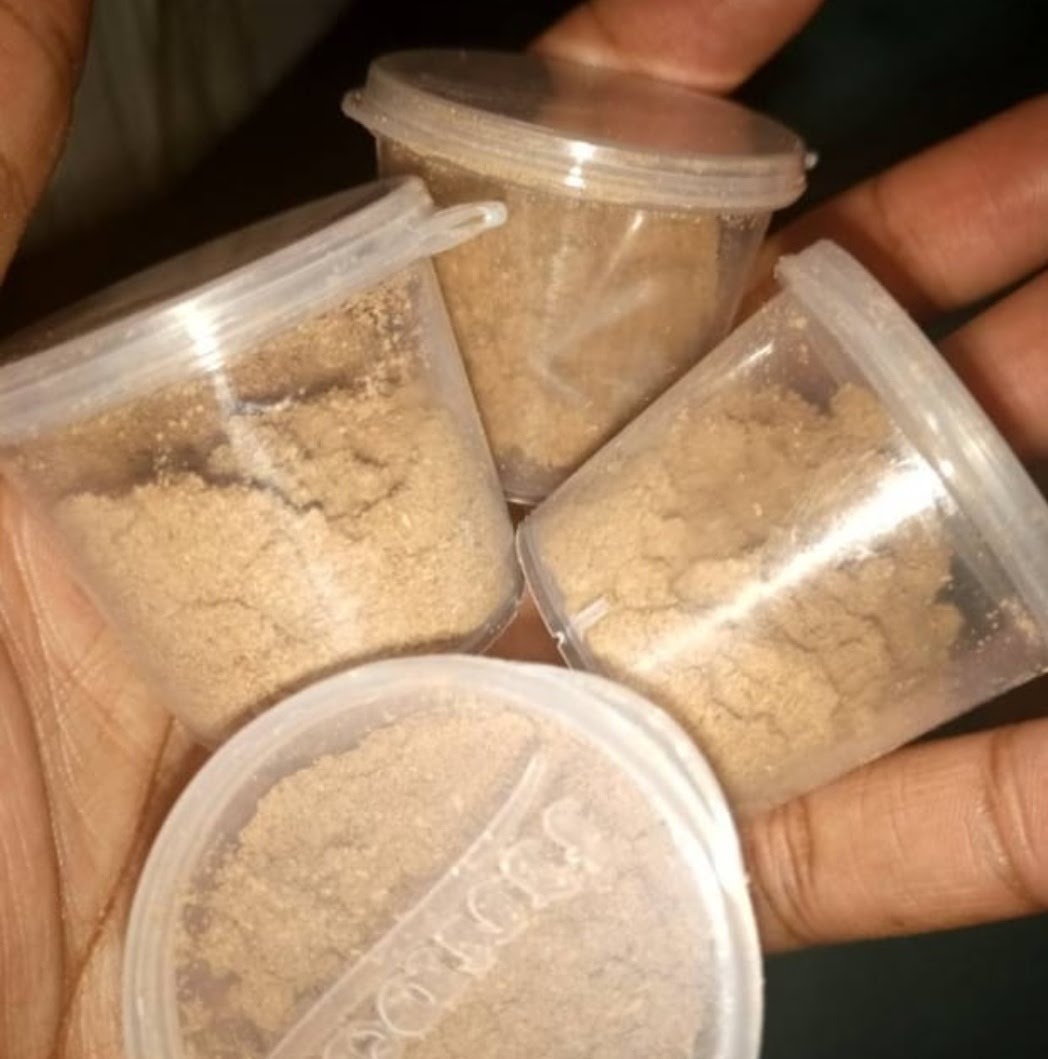 Many Kayan Mata products have also shown substantial health benefits to users. Tiger nut milk (Kunun Aya), for example, one of the most common forms of Kayan Mata, has many health benefits. It is rich in amino acids, especially arginine, which is beneficial to those suffering high blood pressure.

“It is always important to look out for the best mix of products with multiple (health) benefits for a client. My perfumes, for example, besides the great fragrance boosts confidence and helps to lighten the mood of the woman,” explains Maryam Usman, pointing out that each aphrodisiac has a different effect on the individual.

However, in recent times, Kayan Mata products have been abused, with some vendors mixing their products with other items to boost their effects. Meanwhile, others advocate for sex enhancers that are dangerous, some of which require bodily violation.

Ruth Zamani, a Kaduna-based gynaecologist, highlighted the dangers of this approach. “There are many dangers with these new forms of Kayan Mata, and a lot of women do not seem to pay attention. Anything that has to be inserted or clipped is discouraged as they can tear the cervical tissues or risk cervical cancer for the woman,” she warned.

This rise in unadulterated Kayan Mata products is particularly worrisome considering the burden of risk is placed on the woman who purchases (and uses) the products, while her husband may drive the decision to purchase (or use). Now, more than ever, it is essential that attention is paid to the health implications of Kayan Mata products. 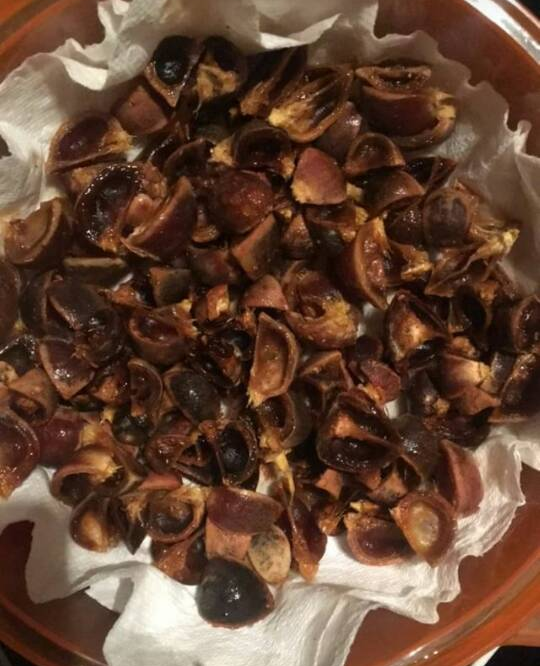 Goron Tula - because it is from a kola tree called tula

The market for good sex

The market for Kayan Mata in the North is so large – particularly in Sokoto, Katsina, Kebbi and Zamfara – that it has become an industry on its own. As Kayan Mata is a deeply entrenched cultural practice passed on easily from one generation to another, there is always demand for its products. Moreover, entrepreneurs involved in this industry tend to have steady sales as demand is largely inelastic – for both low and high-income families.

For example, Nigeria’s highest paid sex therapist, Hauwa Muhammad, popularly known as Jaaruma Empire, charges a small fortune for Kayan Mata. One bottle goes for ₦100,000 and consultations alone cost ₦50,000. “In a week, more than 30 women come to me for consultation before eventual purchase,” she remarks in one of her YouTube videos.

Two things come to mind with these figures. The first is that there is a large market for sex in Northern Nigeria. The second is that women are willing to pay significant sums for products that offer a way of improving intimacy with their partners.

The interesting thing about Kayan Mata is that it appeals to different income levels. There are options for those that are priced out of Jaaruma Empire. Maryam Usman’s perfumes and herbs, for example, range from ₦1000 to ₦10,000. “In a week, at least 15 women move to me to sell them my enhancers,” she says.

Kayan Mata is slowly moving across the country. The southwest seems to be adopting the practice, with many Kayan Mata entrepreneurs scattered around Lagos, Oyo, Ondo, Osun and Ekiti. Residents of these states may view Kayan Mata as a novelty, but it is a practice backed by 500 years of culture and one that shows that for the women of the North, good sex has a price tag.