Nigerian states and the quest for self-sufficiency

Happy updates around Nigeria's revenue are rare. Recently, the oil price collapse put the country's income in a sorry state, as oil exports make up 90% of foreign exchange earnings and 60% of government revenue.

As at Q3 2019, oil made up 43% of distributable revenue to all tiers of government, at the same time, 66% of state governments revenue was from the Federal Allocation Account Committee (FAAC).

Latest figures show that state allocations have slowly begun to decline, and the revenue crisis has forced the FG to seek a $3.4 billion loan in emergency funding from the IMF. It is also looking to borrow ₦850 billion from the domestic market.

In light of these developments, oil revenue projections were cut from ₦2.64 trillion to ₦254 billion, less than 10% of the original figure. Despite the FG revising its oil benchmark price from $57 to $20 per barrel, there are reports that Nigeria is finding it difficult to sell oil at even $10.

How long this situation will persist is anyone's guess.

Financing challenges at the Federal Government (FG) are even more pronounced at the state level. Asides the FAAC allocations, states have to rely on Internally Generated Revenue (IGR) through taxes on domestic economic activities. However, prior to the crisis, these finances were already dire.

Unlike the FG, there is little reprieve for states. With many of them shut out of the debt market due to a debt overhang, meaning they are limited from borrowing to plug revenue shortfalls.

The FG's grants and loans coupled with funds from multilateral institutions such as the World Bank seem like the reasonable way out. However, with the FG struggling to deal with a national economic crisis, there might not be enough to go around.

Ironically, the existing revenue structure to support governance provides little incentive for states to innovate and improve revenue since oil rents are promised.

Most states receive their largest funding from FAAC, with many contributing little to the purse themselves. Oil revenues are essentially from activities in a few oil-producing states, mostly in the South-South region.

With the state of our finances, this lends credence to calls, urging states to take steps towards increasing economic activities by creating an enabling environment for businesses and investments to thrive.

Advocating for states to become more self-sufficient and unplug their reliance on this revenue structure is hard. Especially in regions and states with little economic activity, weak fiscal capacity and high development needs (poverty levels, poor education and health etc). But the reality of a time, such as we have today, emphasises the risk and volatility of such dependency.

An argument for better cooperation

Faced with the realisation that proceeds, particularly from oil, will inevitably trickle off, there is room for states to take steps that will reposition their economies. Even if this is a tough task at the state level, cooperation among closely knitted states can be deepened to promote economic progress.

States can pool capital and expertise to undertake ambitious endeavours while investors might be more receptive to such collective arrangements.

Examples of collaborative efforts amongst states have shown that it is possible to improve erstwhile low economic performance. In the story of Lagos and Ogun, the construction and rehabilitation of roads linking both states have led to easier commutes and increased economic activities around both regions. Trade is promoted as raw materials from Lagos ports can get to Ogun cheaper and quicker while finished goods in Ogun can easily move to the larger markets in Lagos.

Uniting resources, particularly for infrastructure projects to connect states within regions, can promote trade, investment and tourism in a more cost-effective way. There would be no need for many states to have an airport, for instance, if there is fast road access from some airports in the region.

Another example of cooperation at the state level is the LAKE rice partnership which was launched in 2016 by Akinwunmi Ambode (then governor of Lagos) and Kebbi Governor, Atiku Bagudu. It connected Kebbi’s advantage in rice production with the much larger market of Lagos in a win-win for both states.

Harnessing the strength in numbers

The promotion of economic activity is linked to higher revenues. Again, in the case of Lagos and Ogun, where both states are building connecting roads and delivering strong economic returns, more opportunities to increase revenue generated from taxes open up.

The PAYE tax law ensures that taxes are remitted to the residential state of workers and not the state where they work.

Therefore, the proximity and enabling infrastructure of both states means that Ogun residents who work in Lagos pay their income taxes in Ogun State. And at the same time, such worker also drives up Lagos’ tax revenue by contributing to the growth of the state through either a company that eventually pays Company Income Tax (CIT) or VAT.

"Restructuring" has been a popular topic in Nigerian discourse over the years, with most of the arguments focused on governance or security. Given the potential gains, we ought to also debate the economic impact of closer state cooperation. 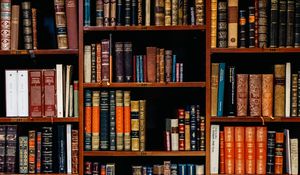 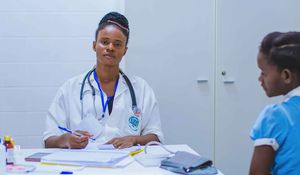