The Economy Under President Buhari

Two years ago, President Buhari became the first challenger to unseat an incumbent president in Nigeria’s history and was sworn-in amid great hope and enormous good will.

Following his inauguration, the country was awash with optimism that his government would reignite a fading economy, perhaps by replicating the relatively successful Lagos-APC model. More pertinently, President Buhari would lay the foundation for a long overdue implementation of fiscal federalism and further diversify the national economy, as promised in the APC manifesto.

The midpoint of President Buhari's tenure presents an opportunity to assess his performance vis-à-vis his electoral promises and the general expectations of the citizenry, in the context of the management of the Nigerian economy.

That President Buhari inherited a frail economy is not in doubt. Despite Nigeria's economy growing by over 6% in 2014, economic growth slowed to just under 3% by 2015 – the slowest pace in the democratic era. Prior to President Buhari's inauguration, the economic headwinds were apparent, especially in Nigeria's banking system, as a result of the crash in global crude oil prices in the summer of 2014. Crude oil, whose exports accounted for 90% of Nigeria's federal revenues, sold for $122 per barrel in June 2014. At his swearing-in ceremony, the price of a barrel had crashed to $65.

High oil prices had flattered Nigeria's bleak economic picture for many years, and the end of the boom triggered a period of uncertainty as crisis loomed. In fact, in a bid to curtail the damage, the Central Bank of Nigeria (CBN) devalued the naira from ₦155/$1 to ₦168/$1, and subsequently to ₦199/$1, to no avail. The combination of the oil price slump and gross maladministration of previous regimes left the economy on tenterhooks by the time President Buhari took charge.

Still, Nigerians remained hopeful that the bringer of change would get to work straight away in stabilising the economy while plotting for the future. On this account, Nigerians were wrong. 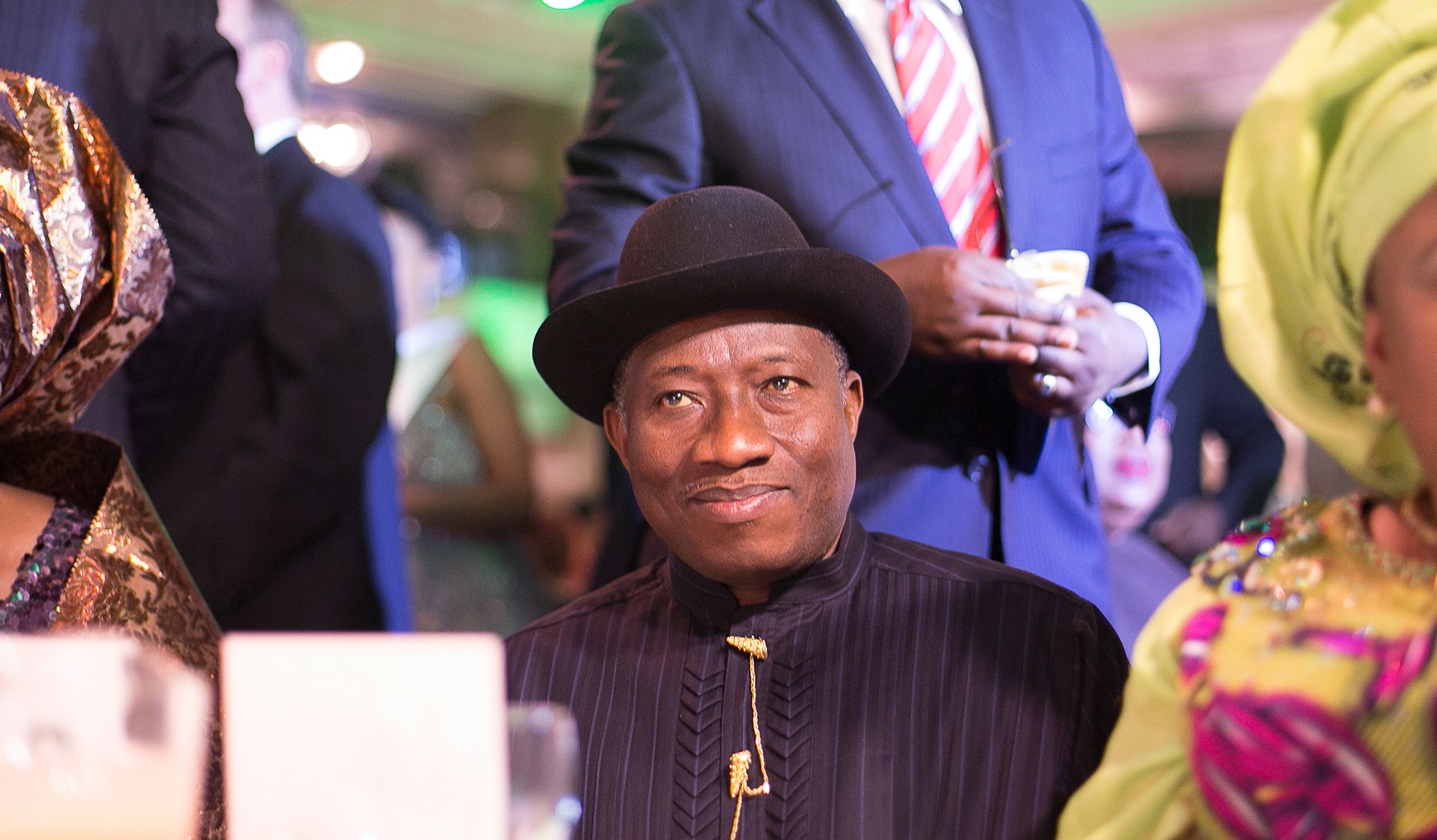 Failing to Fix a Broken Inheritance

The Buhari administration started off on the wrong foot in terms of economic strategy. Ab initio, the President failed to capitalise on the massive goodwill he enjoyed at the start of his tenure to push through decisive policies during his honeymoon period. Initiatives like quickly repealing the Land Use Act or pushing through the Petroleum Industry Governance Bill were overlooked in favour of nothing.

For months after taking power, President Buhari did close to nothing on the economic front. His lackadaisical approach, exemplified by his failure to appoint federal ministers until six months after his inauguration, did the economy no favours, leaving economic management to just the CBN.

By not having a full cabinet until 166 days after his inauguration, the President allowed the management of the nation’s economy to be virtually put on hold for six months during which uncertainty prevailed, thus accelerating capital flight and weakening confidence. By the time the administration started showing some semblance of activity late in 2015, the economy was already in tatters, heading for its first annual recession since 1991.

Meanwhile, the CBN's foreign exchange control policy, implemented with the tacit approval of the President, further weakened the naira and put increased strain on local and foreign businesses. Near unanimous calls for the implementation of a market-based exchange rate, which at the time could have aided a smoother economic rebound, were vehemently rejected, with the CBN doubling down and suffocating the foreign exchange market – and the wider economy – in the process. At the start of 2017, a single dollar could buy over ₦500 for the first time in history. The market was broken.

The effects of the foreign exchange crisis have been far-reaching. In the banking sector, naira depreciation led to a significant increase in dollar-denominated non-performing loans (NPLs). Industry NPL ratio rose from 5% in December 2015 to 14% exactly a year later, threatening financial stability. Meanwhile, manufacturing and services businesses struggled, with many shutting down, as they were unable to access the regular stream of foreign exchange needed for their operations. Some resorted to the more expensive parallel market and as a result, forced through price increases to protect their margins. Meanwhile, the insistence on protectionist measures exacerbated the situation as domestic prices surged in response. The result was Nigeria's most inflationary year for a decade.

If President Buhari could be excused for mismanaging complex economic issues, his handling of the Niger Delta situation was a more political blunder. After many years of stability in the region, primarily due to generous amnesty packages for key militant figures, President Buhari took a dimmer view of the situation, looking to scale back the amnesty arrangement. Idealism aside, the result was catastrophic: a resurgence in militancy crippled Nigeria's oil & gas sector and reduced the country's oil production to a decade-low of 1.7 million barrels a day.

In all, President Buhari's initial sluggishness, the CBN's damaging foreign exchange controls, and a decimated oil sector contributed to the nation's abysmal economic performance in the past two years. In turn, the average Nigerian is worse off than in pre-Buhari times, an observation that is hard to deny.

Two years is too little time for a definite assessment of President Buhari's economic performance, and the absence of a counterfactual scenario means we cannot be too harsh. But the sharp economic deterioration in the last two years points to an uncomfortable truth – President Buhari has fallen well short of economic expectations. 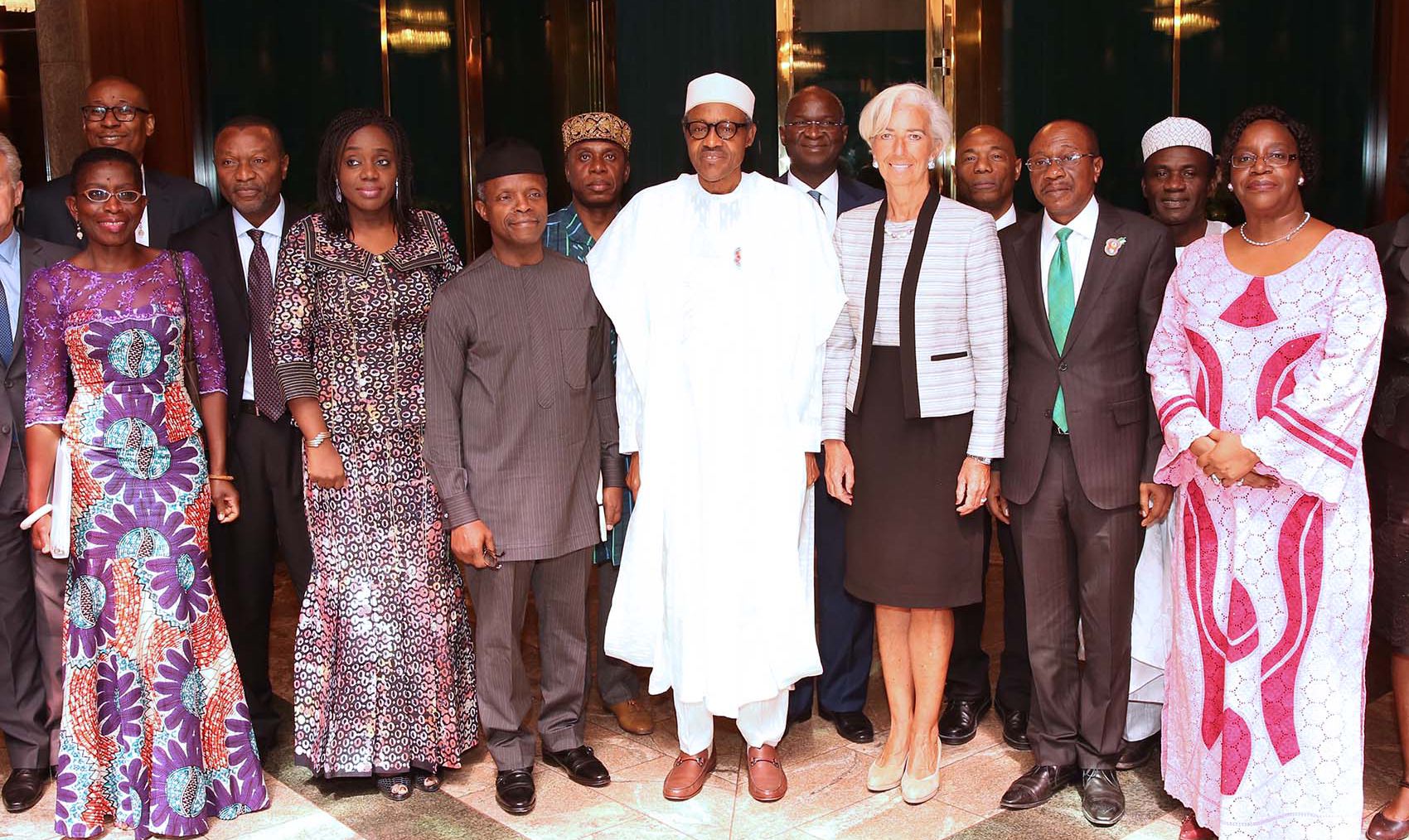 The President's economic team has found itself at the centre of President Buhari's administration so far.

Some Smattering of Progress?

It is not all doom, however. The Buhari administration has made significant progress in some areas; the implementation of the Treasury Single Account, increased budgetary allocations for capital expenditure, etc.

In particular, implementing the TSA, a scheme which mandates the collection and remittance of all government revenue into a single account domiciled with the CBN, has allowed easier monitoring of public finances. The TSA has also helped plug leakages while facilitating appropriation and operational controls, especially during budget execution.

In terms of budgeting, the administration has dedicated a greater portion of the federal budget to capital expenditure, in line with its infrastructure development drive. According to the Ministry of Finance, the government disbursed over a trillion naira for capital expenditure in the 2016 fiscal year, by far the largest amount in Nigeria's history, though short of the initial ₦1.8 trillion target.

But this increase in spending has pressured Nigeria's debt position. Though public debt remains within acceptable thresholds, debt is rising at a worrying rate, and crucially, debt servicing costs are consuming a larger share of federal revenues.

More positively, in tandem with the Office of the Vice-President, the Federal Ministry of Trade and Investment has introduced several initiatives aimed at easing the process of doing business in the country. A National Action Plan, formulated by the Presidential Enabling Business Environment Council (PEBEC) which seeks to address the challenges present in the Nigerian business, has already made notable progress in the ease of doing business area.

Finally, recent numbers from the National Bureau of Statistics indicate that though the economy continues to shrink, it is doing so at a slower rate. Meanwhile, the broad consensus is that Nigeria should come out of recession sometime this year. Whether this is an indicator that the darkest times are over and the presidency is beginning to come to grips with the complexities of sound economic management, however, remains to be seen.

The Long Road Ahead

The first two years of the Buhari presidency have been characterised by inexplicable inactivity, toxic economic policies and, lately, some smattering of progress. While some of the economic challenges the administration faced were out of the President’s control, the reality is that President Buhari mishandled an already dire situation, resulting in a full-blown recession.

Realistically, the President has just one year to articulate and implement his economic management plans, considering that the final year of his tenure will likely be consumed by politicking ahead of the 2019 elections. If President Buhari’s first term is to be regarded as a success, then he needs to radically improve on his first half performance.

To achieve this, the Economic Recovery and Growth Plan (ERGP) revealed earlier this year must be swiftly implemented. The ERGP aims to achieve single digit inflation, improve the ease of doing business, as well as reduce unemployment to 11% by 2020. And those are just some headlines. Hopefully, some considerable progress will be made before the end of the administration.

Mere hope, however, is not enough. Diligent execution is required. President Buhari's economic legacy and the future of Nigeria hinge on this. President Buhari's popularity was never strongly tied to beliefs about his economic management skills but an inability to turn the ship around could overshadow progress elsewhere, in security, and in corruption.