Here are two questions for our Nigerian readers: what is the current condition of the roads in your local government area? And what is the number of out of school children in your area?

Unless you are a teacher or a researcher in the education sector, you might struggle with the second.

However, there is a reason why you can answer question 1 quickly. It's the same reason why Nigerian politicians prefer building roads to funding education.

Simply put, the benefits of a newly built road are enjoyed and visible to voters immediately, whereas the benefits of education take years to bear fruit. This is known as a time lag, or in economic terms - policy lag.

Time lags explain a behaviour typical in individuals, organisations and governments. It sheds lights on why we prefer instant rewards to delayed gratification or why governments tend to create quick fixes rather than address fundamental causes of problems.

The manipulation of interest rates helps to illustrate policy lags. Lowering interest rates will mean more accessible funds for businesses to grow and for governments to borrow. The objective is to increase GDP.

However, the fact that borrowing is made cheaper now doesn't mean that businesses immediately start borrowing. And then there's the time it takes between businesses investing the money and growth occurring.

Take a reverse situation where policymakers decide to raise the interest rate. One of the reasons for this decision can be to reduce inflation, and the idea is to slow business activity by making loans more expensive. But again, businesses do not react immediately - they have contracts and spending plans that can't automatically change on the day of an interest rate announcement.

As a result of these delays, It generally takes between 12-18 months from the announcement of a rate change before it impacts growth or inflation.

In other words, to reduce the rate of inflation today, an increase in interest rates should have been implemented and maintained a year ago.

We get similar time lags when governments embark on borrowing sprees to execute some infrastructure projects. They borrow and get the money today, not fully taking into account the future debt costs that another politician will face.

Closely intertwined with policy lag is the political business cycle. A study described it as a situation where politicians take decisions that gather them votes during the election season, which comes at the cost of long-term development.

For instance, an elected leader seeking re-election after a statutory 4- year tenure can opt for a manipulation of policy tools that are expansionary in the short term.

Policy tools such as tax cuts or interest rate reductions help an incumbent politician brag about a stimulated economy, just before an election.

Two years after the current administration got into power, Africa Check carried out an analysis of eight promises made back in 2015. According to their analysis, little progress was made on any of the main areas such as housing, health or education that required significant infrastructure overhauls.

Promises like the provision of adequate housing or creating 3 million new jobs every year through industrialisation were also not achieved.

Progress was, however, recorded on more short term promises like the school feeding programme or tackling corruption, where the money recovered is instant. While the feeding program has boosted school enrollment, the underlying challenge of capacity inadequacy - teachers and a better learning environment - remains lagging.

This situation exemplifies that politicians tend to focus on projects which create immediate political value in time for the next election cycle.

For them, long term policies that don't materialise until they are out of office provide little or no political wins.

The implication of lags is more apparent when policies with negative consequences are implemented. Because these consequences are not immediately manifested, there is a tendency to strengthen the commitment to such policies.

In the borrowing example, because loans don't mature immediately, there is a tendency to keep borrowing even when it might not be the right course of action for the country.

Rewind to 2005, when ex-President Obasanjo had to seek a debt relief of about $30billion. Although the relief was sought to free up funds for capital expenditure, a further walk back into history showed that the debt burden arose from debt servicing problems that started as far back as 1985.

A look at Nigeria's current debt shows a repeat of history. Asides having debates on the sustainability of our debts, we are closely edging back at the $30 billion mark, and still laden with the problems of poor infrastructure that a judicious use of capital expenditure was meant to solve.

Because debts can be seen as somebody else's problem, we don't address the issue with as much urgency. What we need is for our decisions to take more consideration of policy lags and future costs and benefits.

More importantly, is the need to educate the electorate and general public on the concept of policy lag.  Only when we address education, and indeed poverty, will politicians stop getting away with sharing election rice. 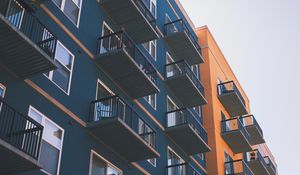 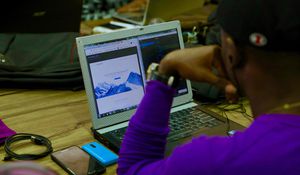 The possibility of online learning at Nigerian universities