One way to measure a country’s democracy is through the rate of civic engagement, which essentially means activities (could be political or not) that promote the quality of lives in a community. The easiest way of doing so is usually through voter turnout.

How is voter turnout determined?

An ideal election is where everyone in the voting age population can do so. This means that the winner has a clear mandate from the electorate. However, not everyone comes out to vote despite being registered. This is where a formula to determine voter turnout comes into play.

Let’s assume that we are determining the voter turnout in the fictional state of Umuofia, where the total number of registered voters across all nine local government areas is ten million. However, in an election to decide the new governor, only four million people cast their vote.

The voter turnout is calculated by dividing the number of counted ballots by the number of registered voters and multiplying by 100 to get a percentage point. In this case, it would be 4 million divided by 10 million and then multiplied by 100. This gives us 40%.

There is the small detail of which votes are actually counted. In Nigeria, the Independent National Electoral Commission (INEC) includes invalid votes (blank or not filled properly) among the votes cast since the people who did so actually turned out to vote (eligible voters). Some countries, like the United Kingdom, distinguish between the two.

Why is voter turnout important?

In the fictional Umuofia election, the voter turnout was 40%, which meant that 60% of registered voters did not turn out to vote. It means that while the winner won the election, there is an underlying issue around citizens caring enough to come out and vote. Voter turnout helps us understand several assumptions.

Firstly, it helps us understand how active citizens are involved in the democratic process and see where there might be challenges. These could range from difficult arrangements around voting to insecurity challenges discouraging citizens from coming out to vote.

Secondly, it also helps to analyse or assess a range of outcomes in an election. For example, the 2019 Sokoto State Governorship election saw the two candidates separated by just 342 votes. Yet, the voter turnout in that election was 57%. If the runner-up could convince just 1% of those who did not vote to show up in his favour, the result would have been different.

Conversely, it might also show how much undue influence a small percent of the electorate has. Another example is in the 2021 Anambra State Governorship election, where only 10% of registered voters took part in the election. That means nearly 90% of Anambra voters did not participate in the election and have to work with a governor they might not have supported if they voted.

Voter turnout and its impact on 2023 elections

Nigeria has seen increasing voter registration numbers over time, but voter turnout has consistently reduced since 2003. 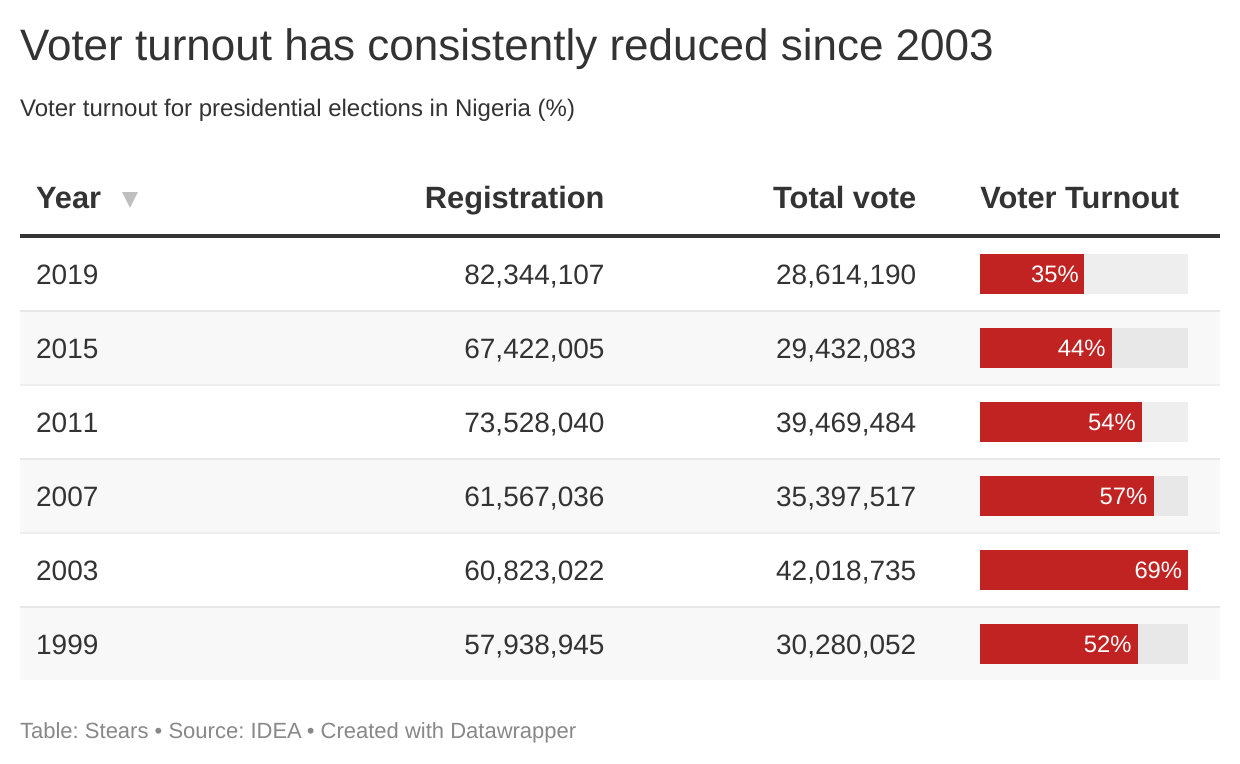 It means that, despite high registration figures of 93.5 million, there are still concerns over how many likely voters will turn up to vote. Insecurity, difficult logistics, and even general voter apathy play key roles in discouraging voting.

Ahead of the 2023 elections, it will be important for candidates to work on getting more people to vote and for relevant agencies to ensure that more citizens can participate in a very important and consequential decision. 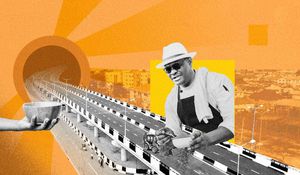 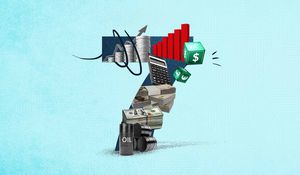