If you think traditional rulers are merely ceremonial figures, think again. When His Royal Majesty, Omo N, ‘Oba N’Edo Uku Akpolokpolor, Oba Ewuare II, the Oba of Benin got embroiled in a leadership 'crisis' over the Chairmanship of the Traditional Rulers of Oil Producing Communities (TROPCOM), few noticed.

Although it seems like just another Nigerian committee, the position entitles the Chairman to membership of Board of Trustees of the Niger Delta Development Commission, a commision allocated N70bn in the current Budget proposal.

Despite having no constitutional powers, traditional rulers are important political leaders at ethnic and sub-ethnic levels. More importantly, they are also funded by the Nigerian state.

In understanding their role in Nigeria, this article is written from two opposing perspectives on whether or not we should keep traditional rulers.

The case for traditional rulers to stay

Most people think of traditional rulers as isolated figures. In reality, the traditional ruler sits atop a network of indigenous governing systems which include chiefs and other titled individuals. The courts of the Olu of Warri, Alaafin of Oyo and Emir of Kano extend far beyond their titles and to the numerous chiefs and sub-leaders who support their cultural relevance. 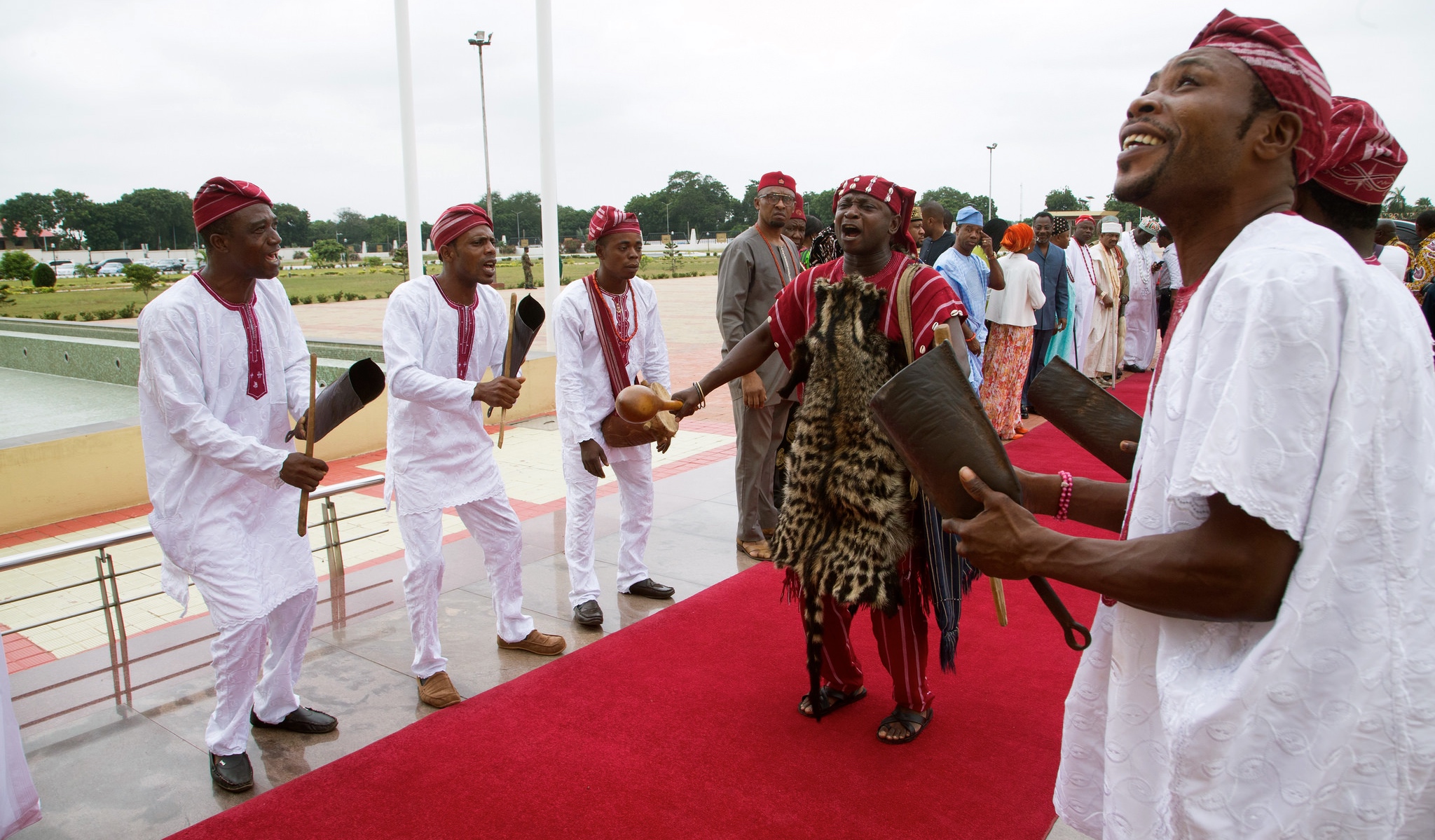 This rich cultural heritage rests at the core of the argument for the existence of strong traditional rulers. Former Head of State, General Sani Abacha, argued that the institution of traditional rulers is an enduring part of our heritage. What he understood was their critical role as the custodian of culture and traditions.

Nigeria's indigenous and varying cultures are a key part of our national consciousness, and should not be discarded under the false pretence of a more democratic union. Our democracy can accommodate these leaders because successful democracies are built on historical experiences specific to the nations.

The second key point is that traditional rulers support good governance without being undemocratic. Modern governing institutions do not operate as smoothly in rural areas. Here, access to elected officials is limited, and accountability is also lost.

As Najeem Ade Lawal has rightly noted, "whenever the policy-makers are overwhelmed by a sense of inadequacy in carrying the masses with them in their programs and dread the consequences of failure, the assistance of traditional rulers is usually sought".

There should only be concern about incompatibility with democracy if these traditional rulers actually 'run' the country or have more than ceremonial powers. But traditional rulers have no constitutional or state powers. In reality, they are no different from rights activists or civic society, using their close relationships with the people to support the government. Removing this apparatus of the state will leave a vacuum that cannot be filled by an already overburdened state.

Tweet: I agree that the case for traditional rulers to stay is stronger.

The case for traditional rulers to go

Babafemi Badejo & S. A. Ogunyemi's statement that "the institution of traditional rulership is a historical relic that belongs to antiquity" is at the core of belief that traditional rulers have no place in modern Nigeria.

Firstly, the argument about modern governing structures not reaching the common man is invalid because it reinforces government failure. Equality before the law is an essential part of any justice system, so there is no reason why some Nigerians should settle their matters before courts of law and others before courts of chiefs. If Nigeria wanted to maintain its traditional institutions as arbiters of justice, the 1979 constitution framers would not have abolished the 'House of Chiefs' that once existed. 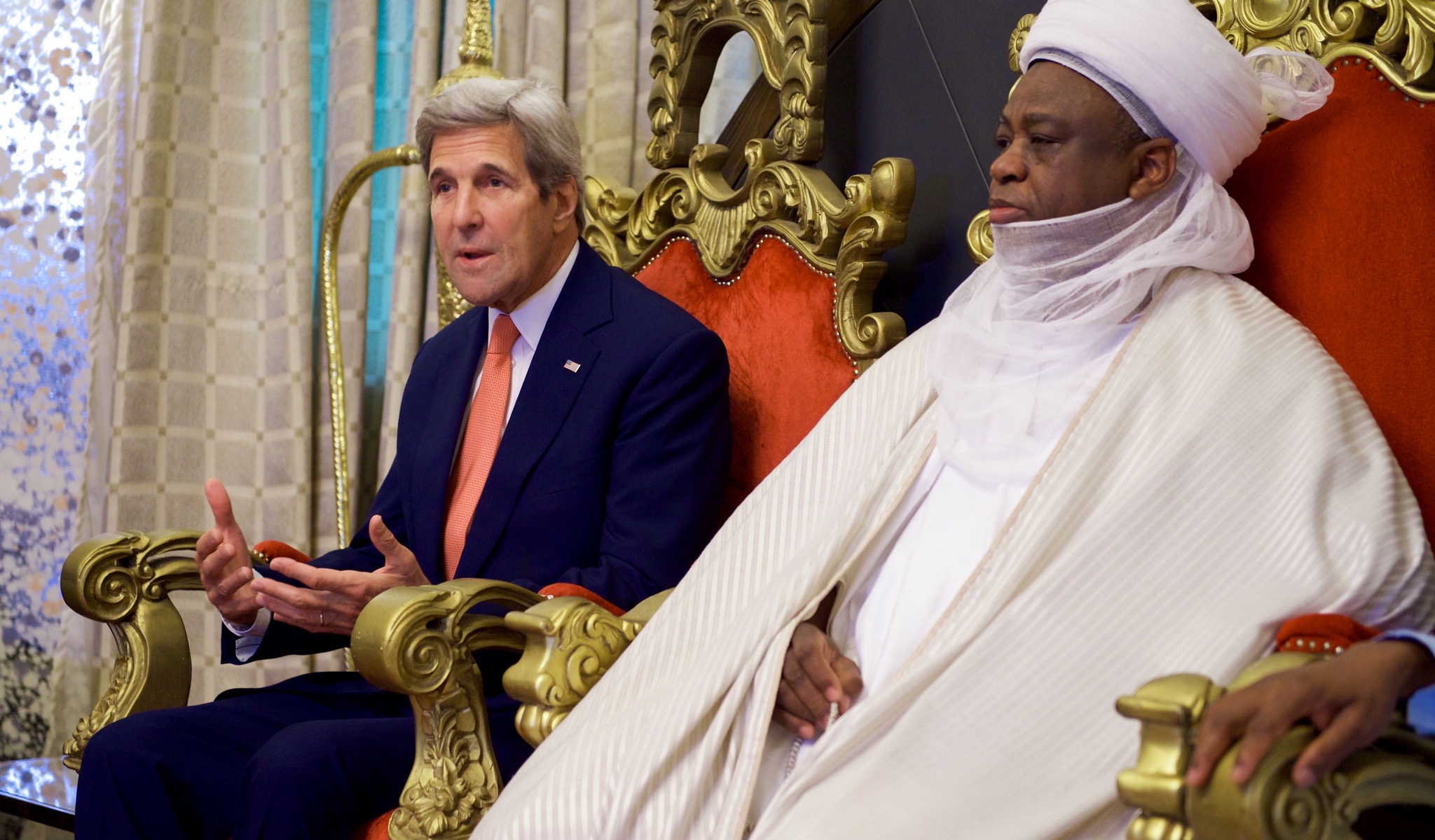 The Sultan of Sokoto, hosting the US Secretary of State

Secondly, there is no room for such powerful, yet unelected political rulers in Nigeria. And yes, these traditional leaders are more than ceremonial. Our traditional rulers are political both historically and practically. Politicians as long ago as M.K.O. Abiola and many since then grasp the value of chieftaincy titles. Abiola was awarded over 600 honorary chieftaincy titles from all parts of the country. Their importance in legitimising the political stature of recipients cannot be ignored.

Part of the political relevance of traditional rulership, including 'ceremonial titles', comes from its use to gain influence in the political machinery of the modern Nigerian state. This is political meddling. The acquisition of a chieftaincy title confers some degree of legitimacy on the recipient for his/her achievements, and the rulers have learnt to weaponise this.

What is worse is that Nigerians still pay the price for the battles that must occur before traditional rulers get such lucrative positions. For instance, the riots over the Sokoto State government's appointment of Ibrahim Dasuki over Muhammadu Maccido as the Sultan of Sokoto in November 1988 led to the death of thirteen people in Sokoto city. In the same vein, a September 1993 dispute between two contestants to the throne of the Oluo of Okeoyi in Kwara State led to rioting that resulted in several deaths and in extensive destruction of property.

What these scenarios tell us is that these offices are not mere ceremonial posts. At the very least, they have soft powers.

Tweet: I agree that the case for traditional rulers to go is stronger.

In a country plagued by crises and conflict, the office of traditional rulers plays a unique role. It could be used to enhance governance and strengthen the nation, or to divide communities and enhance divisions. Either way, the status quo is likely to remain, but Nigerians must always remember to think things through.