The Wazirin Adamawa and presidential candidate of the opposition People’s Democratic Party (PDP), Atiku Abubakar, is easily the most experienced frontline politician in Nigerian politics today (using longevity as a synonym for experienced).

Three decades ago, in March 1993, at the presidential primaries of the Social Democratic Party (SDP) held in Jos, Plateau State, he did something that will be very familiar to Nigerians today. After coming third with 2,066 votes in the first ballot of the primary (behind Moshood Abiola with 3,617 votes and Babagana Kingibe with 3,225 votes), he went on stage before the second ballot. He declared that he was stepping down for Moshood Abiola, to the dismay of his supporters, many of whom broke down in tears openly. It is doubtful that without this ‘stepping down’ by the then 47-year-old Atiku, Abiola could have won the SDP primary.

The manifesto document of the Atiku/Okowa campaign titled ‘A Covenant with Nigerians’, I want to think, reflects this longevity by a politician who has run for president of Nigeria more times than I can remember. The manifesto is well written in a professional manner with some clever use of statistics and imagery to convey what they would like you to believe is the dire state of Nigeria that needs urgent fixing. And their diagnoses of the country’s problems—from low growth to an uncompetitive economy and alarming debt levels—are hard to fault (note that I will be focusing on the economic part of the manifesto strictly).

These problems are well known and have been building up for a while. Anyone who wants to lead Nigeria must contend with them from day one. There is little time available or even the scope to do anything else. Without getting a handle on Nigeria’s dire fiscal and economic state, the next president will quickly become a tenant in Aso Rock who occasionally flies around the world with a begging bowl to build a road or a bridge.

So what are the solutions presented to these problems? Here, the same problems we saw in the Obi/Datti manifesto start to crop up. 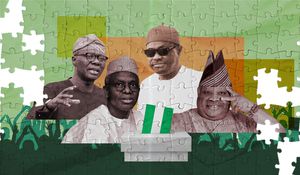 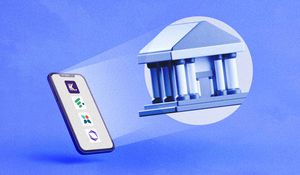 Why we can expect to see more Microfinance banks in 2023