Buhari became Nigeria's president on the narrative of change and anti-corruption, but things still feel the same, if not worse.

I will never forget the day Buhari won the 2015 election.

There was this collective joy and relief around the country—we were excited for the “change” that was about to come. Finally, no more PDP, the party that ruled the country since 1999 and squandered our resources. It was time for Nigeria to reach its full potential, we thought. In fact, newspapers reported that at least 25 people had died while celebrating Buhari’s win. It was that bad.

Buhari won on the narrative of change, anti-corruption, and a retired general who will put Boko Haram in their place.

And so, we waited…

Fast forward to 100 days after his inauguration, and it was already clear that something was amiss. Nigerians had gone from shouting “Sai Baba” with a lot of energy to kissing their teeth. “We call him Baba go slow now”, we all muttered.

The new president had inherited an economy that was surely heading for bad times. Oil prices had tanked, and total reported fatalities had gone 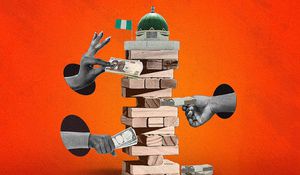 Is debt really bad for Nigeria? 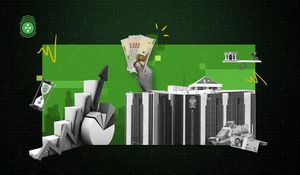