The benefits of the buy now, pay later model for Nigerian mom and pop stores

The point of sale lending system that allows you to purchase items and defer payment is not a new idea. In fact, if you were a well known customer to Adamu, who ran the best stocked kiosk on my childhood street, you’d already be quite familiar with the model. Adamu might be willing to let you pick up some candy and pay him back in a couple of weeks when you were flush with cash from out of town guests.

While the idea itself probably dates back to the origination of the neighbourhood market, fintech driven Buy Now Pay Later (BNPL) has exploded in ubiquity over the past year. Affirm and Klarna, whose products allow customers to pay for products in instalments, raised almost $1.2 billion in funding in 2020—Affirm later IPO’d and spun off a B2B product. Large retailers like Amazon and Apple have also leapt into the fray with their own SME and retail consumer BNPL products. And in Nigeria, Carbon Zero has introduced a BNPL service that works across different stores.

It’s easy to see why this service has grown. Like Adamu, businesses around the world realise that not being able to pay right now, does not mean that the customer will never be able to pay. It’s the same principle behind mortgages and car loans. If people were forced to pay upfront for these items, almost no one would own them, and the market for those products would be virtually non-existent. Bridging short term liquidity crunches helps the consumer, but it also helps the market in the long run.

Unlike mortgages and car loans however, obtaining credit through BNPL can be much easier than through a formal financial institution as 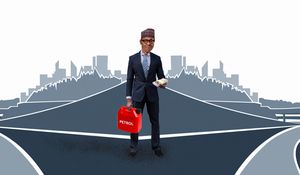 What will replace Nigeria's petrol subsidy? 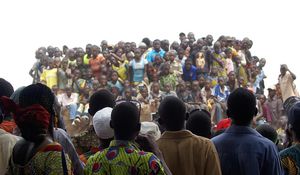