Data story: How bad is the flooding in Nigeria?

The floods in Nigeria have taken over 600 lives as of October 2022. To what extent has it affected communities?

Since June 2022, Nigerians in 13 states have been battling severe floods, while residents in 20 other states have been mildly affected. The impact is worrying: homes destroyed, sources of income depleted, and sadly, families and loved ones lost.

This is the worst incident of flooding Nigeria has had since 2012. According to the Minister of Humanitarian Affairs, Disaster Management and Social Development, Hajiya Sadiya Umar Farouq, more than 600 people have died due to the floods. Over 140,000 hectares—larger than the whole of Lagos state—of farmland have been affected; likewise, about 90,000 houses have been damaged.

This article will demonstrate the extent of the damage caused by the recent floods. In our analysis, we will use geospatial data and satellite images of Nigeria from Sentinel Hub and National Aeronautics and Space Administration (NASA) satellite imagery.

At this point, it’s important to note that it’s difficult to assess the damage using satellite imagery alone. As any Lagosian can attest, flood waters often accumulate rapidly during intense rainfall, but they can drain away within 12 hours. Even though the peak of the flooding may not last very long, the property damage can be severe and lasting.

Therefore, we acknowledge that the images in this article don’t show the true extent of the damage for three related reasons:

Because of this, the satellite imagery we have found is indicative of the prolonged riverine flooding, but it doesn’t capture the peak height of the flood 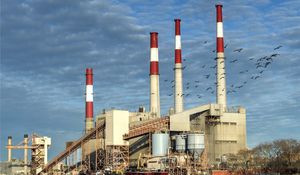 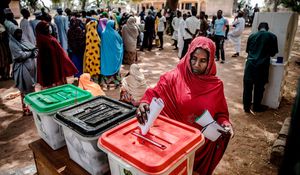