A look into consumers' experiences with rising prices across industries in Nigeria.

Anecdotally, Nigerians are pretty good at adapting to economic challenges. A picture-perfect example is an increase in the pump price of petrol over the years. In 2010, the cost of petrol was ₦67 per litre, by 2015 it had increased to ₦87 per litre. Interestingly, from 2015 to date the price of petrol has more than doubled, despite the government’s subsidy payments (under-recovery).

Under-recoveries are costly to the overall economy. Yet it has provided little to no reason for people to smile, especially as other living costs, including food prices, keep increasing.

Even in the hardship, Nigerians are getting on with life. We have seen a tech sector boom, birthing unicorns like Flutterwave. The telecommunications industry is thriving, contributing about 12.5% to the country’s GDP. And there is hope for more innovations from a country that is the world’s poverty capital and has its continent's seventh-highest inflation rate.

While Nigerians have been withstanding these economic shocks, the continuous decline in the standard of living is gradually pushing people off the edge. According to the World Bank’s latest Nigerian Development report, added inflationary pressures from the Russian-Ukraine war could push one million additional Nigerians into poverty in 2022. As a result of rising living costs, 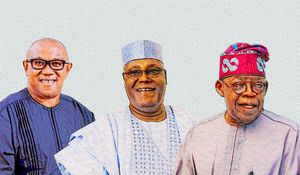 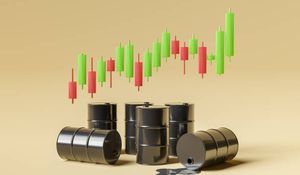 How are Nigerian oil stocks performing?