Campaigns for Nigeria’s 2023 general elections should kick off today. And if past years are anything to go by, one key event that happens all over the country during the campaign period is rallying.

Political parties and their respective flag bearers and supporters will scour the country for votes wherever they believe these votes exist by hosting rallies and sharing endless promises.

​​​​​​
Policy statements from political aspirants will also become more profound. Just yesterday, Stears discussed one of such policies—how to remove Nigeria’s petrol subsidy—which presidential aspirants have divergent views on. While some want to keep it, others want it removed.

But subsidy payments are a subset of the federal government’s (FG) troubled finances—a broader economic argument. The FG’s financial challenges range from a rapidly rising budget which connotes a spending problem, to lower than expected income, showing a revenue challenge. Whichever side of the fence you are on, you are right, and the 2023 budget proves both problems are dealing with the FG with equal intensity.

The budget (proposed expense) for next year is set at approximately ₦20 trillion, half of which can’t be funded by potential revenue and will lead to Nigeria’s highest budget deficit (₦11 trillion to ₦12 trillion). Expectedly, proposed policies from presidential aspirants to curb this problem have begun reeling out, one of which is to slash the cost of governance.

Shortly after the FG released the budget proposal, the Presidential candidate for Nigeria’s labour party reiterated his stance on reducing the 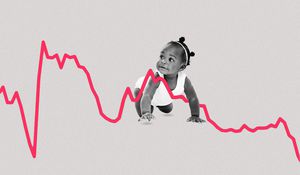 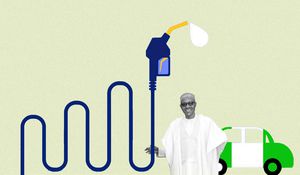