While some of us were hating from outside the club, the unveiling was awash with the typical “standing on existing protocols” and fanfare you would expect from a government party. In fact, the junior minister for petroleum said the unveiling gave him “goosebumps” (don’t ask me) and that it was a new dawn for Nigeria.

How so? Well, in the president’s words (who is also the minister for petroleum), “NNPC Limited will operate as a commercial, independent and viable national oil company (NOC) at par with its peers around the world, to sustainably deliver value to its over 200 million shareholders and the global energy community, while adhering to its fundamental corporate values of integrity, excellence and sustainability”.

It’s a mouthful, but the president essentially said that NNPC Limited would focus on maximising its shareholders' value while keeping up with corporate governance standards. While its sole shareholder is still the government, we’re all indirect shareholders because the government’s revenue should ultimately be for the citizens’ benefit. If NNPC Limited makes a profit, the government earns more revenue from oil, and we all benefit through better schools, healthcare, roads, civil service salaries, etc.

But what does success look like for NNPC Limited? While the president’s words might indicate that the company’s success is already a foregone conclusion, I’m sceptical. The old NNPC was basically the government’s purse taking on government expenses like subsidies which eroded the company’s profits. Its business practices were also very opaque until 2019 when the company published audited reports for the first time in over 40 years.  Even though old things have passed away and all things have become new with NNPC Limited, how can we be sure that the inefficient business practices and weak corporate governance of the old NNPC will not linger?

According to Humphrey Onyeukwu, an oil and gas corporate lawyer, success in the 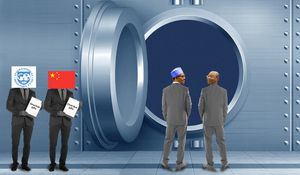 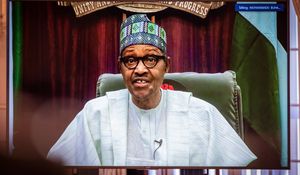