Should Africa be worried about slower VC funding?

With an 82% growth in year-on-year funding for H1 2022 African startups seem to be bucking the trend of global funding winter.

On July 5th 2022, Maxime Bayen (Catalyst Fund) and Max Cuvellier (GSMA) released the latest version of Africa: The Big Deal, a database of funding rounds in the African tech ecosystem. The Big Deal revealed that African startups had raised $3.1 billion in the first half of 2022, an 82% growth year-over-year (Y-O-Y) despite the ongoing funding winter ravaging the other ecosystems.

The market slowdown and economic volatility have primarily caused the funding winter. This has intensified inflation and fueled the rising interest rates and commodity prices. In such an environment, investor confidence wanes. One of the significant casualties has been Klarna, the buy now pay later (BNPL) giant that recently raised $800 million at a $6.5 billion valuation, an 85% decrease from the $46 billion valuation of last year effectively giving a new meaning to a down round.

Even companies like Stripe and Instacart have seen their valuations slashed. Stripe lost 28% of its valuation from $95 billion to $74 billion in a 409A price change (a process through which private company valuations are audited to reflect the prevailing market trends by an independent party). Instacart, on the other hand, had its valuation slashed to $14.7 billion from $24 billion by its investor, Capital Group.

But the African ecosystem has stood firm. It is the only ecosystem that has grown Y-O-Y in H1 2022, making a few stakeholders believe that global trends do not apply to African startups, at least based on H1 2022. 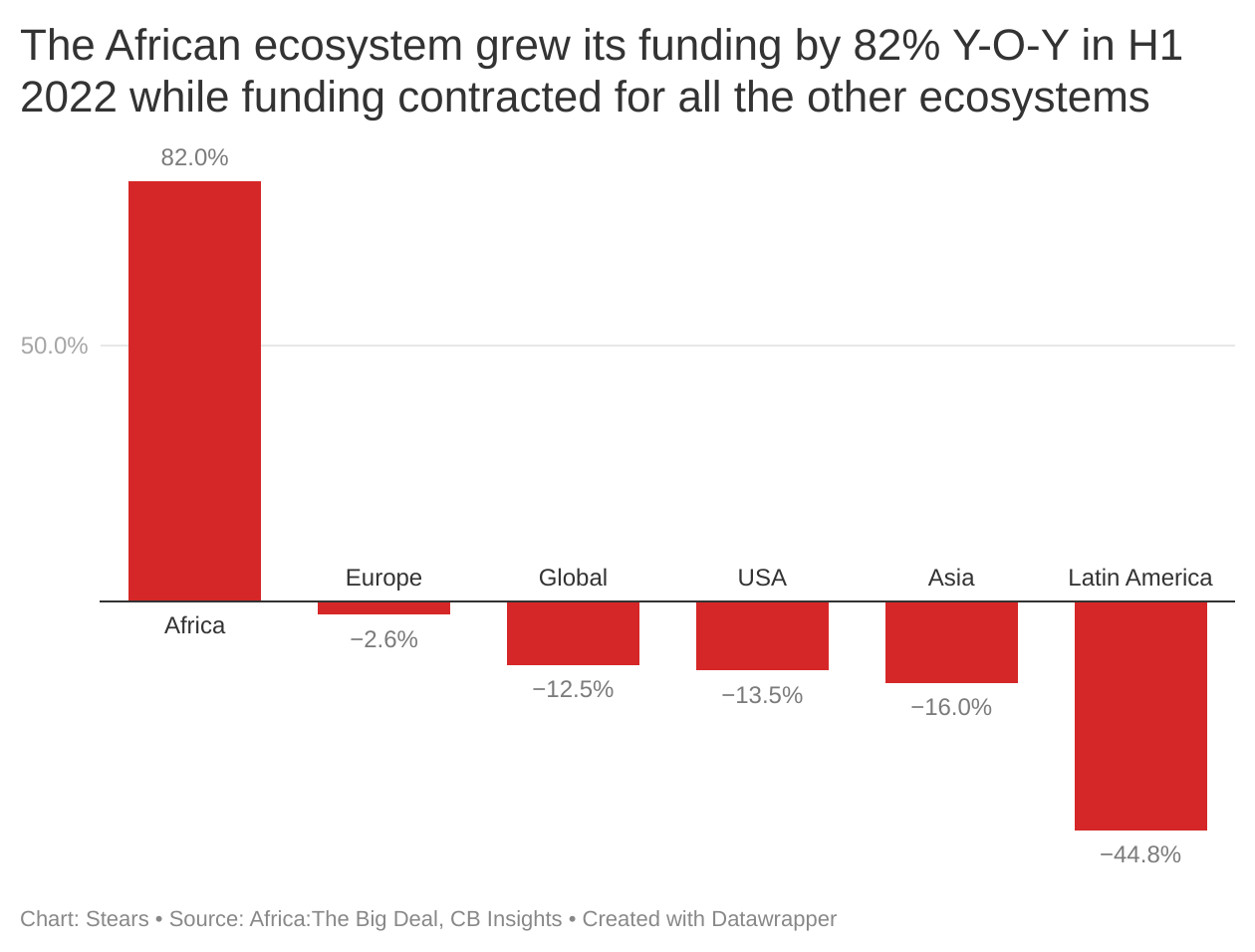 A few theories have emerged as to why 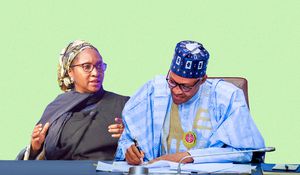 Why does the federal government struggle to meet its revenue targets? 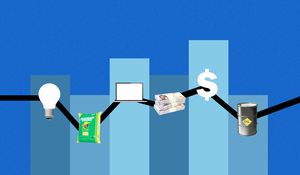 10 shocking charts about the Nigerian economy