Nigeria's finance has been surgically decimated—a feat so impressive it is destined as a case study in Ivy league macroeconomics courses.

Many Nigerians will remember him as the president that killed the naira, a well-earned reputation considering the currency has lost more than half of its value during his tenure.

But President Buhari also holds the dubious honour of being the only Nigerian Head of State to lead the country into two separate recessions (2016 & 2020) since official records began in 1983.

And how can we ignore Nigeria’s unemployment? An administration that promised to create 15 million jobs in its 2017 Economic Recovery & Growth Plan now presides over a country with a 33% unemployment rate, where just one in three young people are in a full-time job.

Let me throw another hat into the ring: fiscal indiscipline.

When President Buhari settled into his new role at the end of 2015, Nigeria was at a fiscal crossroads as the global oil price crash forced policymakers to rethink their approach to managing the country’s finances. The government even passed a supplementary budget mid-way through 2015 just to tide things over.

Nigeria’s accounts did not look good. We were committing nearly 40% of annual spending to government salaries and pensions, leaving just 13% of 2015 spending for capital expenditure (capex). Furthermore, the budget deficit had grown to 1.6% of GDP, up from 0.6% just two years prior, and Nigeria was spending more and more to service its debt—38% of government revenues went to debt servicing in 2015, compared to 14% in 2010.

But there were enough reasons to be hopeful. Even at 1.6%, the deficit-GDP ratio 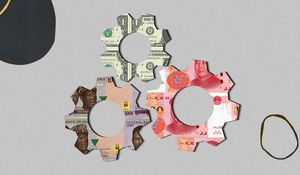 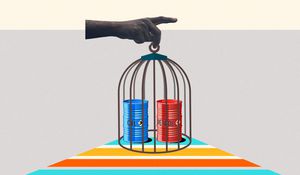 What are the risks of oil price caps?