Eight out of 11 Nigerian electricity companies have either been sold or taken over by banks due to poor financial performance.

The past few months have been eventful for electricity distribution companies (discos).

It started in December last year when UBA bank took over Abuja disco for defaulting on its loans. Fast-forward to July 2022, and five discos have also been restructured.

Fidelity Bank took over Kano, Benin, and Kaduna for the same reasons as Abuja—failure to service loans. Similarly, Ibadan disco was taken over by the Assets Management Corporation of Nigeria (AMCON) for defaulting on its loan from Skye bank (now Polaris Bank). Even though Port Harcourt (PH) hasn’t defaulted yet, the Bureau of Public Enterprises (which owns 30% of all the discos) dismantled the board because a default was imminent.

In any case, it all boils down to the poor financial performances of the discos.

If you live in Nigeria, it’s no secret that the power sector is in a shabby state. ​​According to a World Bank survey, 78% of Nigerians connected to the grid receive less than 12 hours of electricity daily. The quality of electricity we get is also poor—right now, I’m looking for someone who can fix my smart fridge because grid voltage issues have destroyed it for the second time. Even the nationwide grid collapses (six times in six months), and now, the restructuring of the discos eight years after privatisation tells us that the power sector needs special intervention.

It’s still early days, but the plan is to sell the discos to new private investors. In the meantime, the interim boards and management teams will run the companies in line with regulations and initiatives to improve the sector’s performance. For their customers, there shouldn’t be any major changes in the short term, so you’ll still get the same level of service. But, in the medium-to-long term, discos could have new owners who will hopefully come up with ideas and funds to fix the distribution end of the power sector. 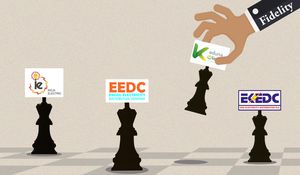 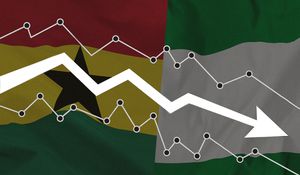 Explainer: how do debt crises happen?