Why closing Nigeria's land borders was a mistake

I recently came across a famous quote that said, "you are what your record says you are".

For instance, you might try to blame poor performance at a game on factors like your opponent being better funded or an unfortunate injury. Still, the reality is that if you constantly lose, then it probably means you are not great at the sport.

We have been thinking about measuring performance in the Stears newsroom lately. Last Friday, we looked at the Central Bank Governor—Godwin Emefiele's—track record in controlling Nigeria's inflation and economic performance. Our motivation was clear: if Emefiele has not done an excellent job in his current position, it is unlikely that he can deliver as the President of Nigeria. We brought the data to prove it, and you can see it here.

Anyway, all this talk of records and measuring performance is just motivation for today's discussion—the phased reopening of Nigeria's land borders. According to news reports, the Federal Government directed customs to open borders at Idiroko, Ogun State; Jibiya, Katsina State; Kamba, Kebbi State; and Ikon, Cross Rivers State, following the initial closure back in August 2019. This isn't the first move to reverse the land border closure. In December 2020, the government announced the immediate reopening of four other major land borders, including Seme, Illela, Maigatari and Mfun.

President Buhari's government claims to be pulling out all the stops to boost local production so that sectors like agriculture can become more productive. You might have heard reports about the President encouraging Nigeria's unemployed youth to get jobs as farmers. Then there was the famous #BuyNaijatoGrowtheNaira slogan. However, before we can proclaim that the current administration's approach is like the industrial policies that other countries used (and are using) to deliver economic growth, let's paraphrase the earlier quote we started this article with: you are what your poor economic policies say you are.

Talking about poor economic policies is essential because all anyone can talk about right now is the "fact" that the global economy is heading towards a recession—at least two consecutive periods of negative growth. Already, we are seeing this play out with the US Federal Reserve (the central bank of the US) moving to increase interest rates for the first time since the financial crisis in an attempt to curb inflation.

That, combined with the 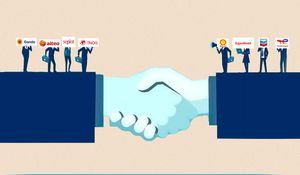 How Nigerians are buying assets from Shell and ExxonMobil 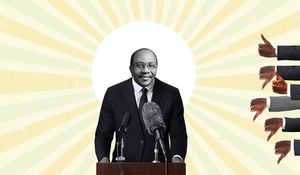 What Emefiele's scorecard says about his Presidential ambitions