Why does the federal government struggle to meet its revenue targets?

Nigeria’s budget determines how the lives of over 200 million people will fare for at least 365 days, so how do projections get so wrong?

Budgeting may look simple—what you earn is what you spend. But it becomes even more crucial and takes on a multidimensional approach when we look at it from a country’s view. For instance, Nigeria’s budget determines how the lives of over 200 million people will fare for at least 365 days. It also shows how much money the government hopes to make from different sectors—usually oil and non-oil—and where the money will go.

​​​​
One place the federal government’s money is going is towards debt servicing. Last week, the federal government said it spent more than its revenue between January and April to service debt. This has put the country’s finance minister, Zainab Ahmed in the spotlight. Her role as the Minister of Finance, Budget & National Planning means she is in charge of drawing up and administering items in the budget. At the beginning of 2022, she told us that the total debt service for the year would cost ₦3.6 trillion—just 34% of total revenues. But the 2022 fiscal performance report for January through April showed the federal government spent ₦300 billion (or 20% more) than its revenue on debt servicing.

But debt servicing is now more than the federal government’s revenue—at least as of April 2022. So, it is worth analysing how the government makes revenue projections. From the chart below, these projections are hardly met. 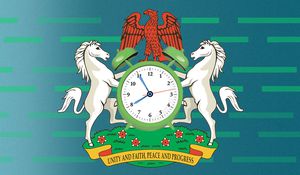 How today’s bad decisions are harming the next generation 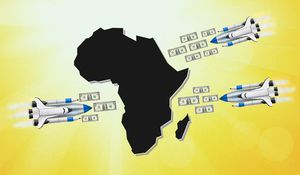 Should Africa be worried about slower VC funding?