Why don't most Nigerians have electricity meters?

Most Nigerian electricity consumers are without meters and suffer the pain of estimated billing.

Meters measure how much electricity a building gets. So, at the end of the month, you get a bill based on how much the meter says your household consumed. If it’s a pre-paid meter, you buy electricity credits, and the power goes off when you need a top-up. The only option for 63% of Nigerian electricity consumers without meters is estimated billing.

At the end of the month, they receive a bill which should be based on the estimated volume of electricity the appliances they own should consume in a month and the hours of electricity they got that month. However, the reality is a lot different.

Many electricity consumers get bills significantly above the volume of electricity their appliances could ever consume. For instance, someone who owns a TV and a fan should get a bill of ₦2,000, but they get billed for ₦20,000. Even if their fan and TV were on 24/7 and there was electricity round-the-clock, there’s no way they would consume that much.

It’s like someone who goes to a supermarket and picks an apple. But when they get to the till, even though they picked one apple, they get charged for two. It’s triggering on so many levels. One, you went into the supermarket with ₦100 because you knew you could only eat one apple and you don’t have money for two. So, you complain to the supermarket, and they refuse to reduce your bill. And even though they know there’s no way you could have taken more than one apple, they insist they bill you for two. Also, if you refuse to pay, you get banned from entering any other supermarket in the state. For an electricity customer, this means your electricity gets disconnected. 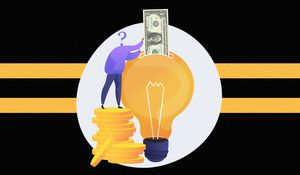 Who is funding Africa’s startups? 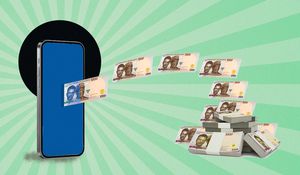