Why is MTN targeting retail investors in Nigeria?

When directors of the country’s most popular telco announced that it wanted at least two million Nigerians to own a part of its company, potential investors wondered: “What’s the catch?”

The company was MTN, the biggest telco in Nigeria by market share, accounting for 67.5 million subscribers or over 50% of the country’s mobile subscribers. In what some analysts called a clever move, MTN, in collaboration with the Nigerian Exchange Limited (NGX), launched a mobile app to ensure that Nigerians with a smartphone and internet connectivity could take part in the telco’s primary offer (public offer of shares for sale).

This offer, which ran for the first two weeks of December 2021, entailed buying a part of 575 million shares worth ₦97.2 billion. MTN wanted retail or individual investors like you and me to own 90% of the 575 million shares, while institutions could own the remaining 10%.

So MTN and the NGX made an offer allowing retail investors to buy a minimum of 20 units. At the rate of ₦169 per share, the minimum value you could invest in MTN amounted to ₦3,380—less than $8—to get a piece of one of the most profitable companies in the country.

The offer had some other features many investors considered attractive. For instance, investors that partook in the primary offer will get one extra share for every additional 20 units they purchased, capped at 250 extra shares and received only after one year of holding the shares. Meaning that if you bought 100 units, you would end up with 105 units when the stocks get allotted. It’s an incentive to buy and hold the stock.

But mind you, having a strong incentive to hold the stock means fewer stock trades in the public market, which helps to keep the shares above the ₦169 primary offer price. A similar scenario unfolded in 2019 when the firm listed its shares by introduction. 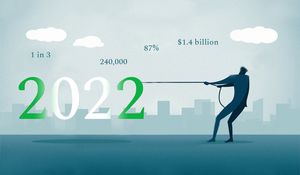 Four Nigerian statistics to watch in 2022 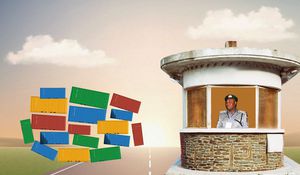 What does Nigeria export?