Why Nigerians are turning to solar inverters for power

According to a World Bank survey, 78% of Nigerians connected to the grid receive less than 12 hours of electricity daily.

The Nigerian government tried to refute the survey results, stating that only 55% of Nigerians were in Bands D and E of the service bands, which means they are only obligated to get 8 and 4 hours of electricity daily. But, while this is true, it’s been difficult for the power sector to meet its supply obligations to customers following five grid collapses this year alone and generation shortages.

For many Nigerians, the alternative is self-generation. I was talking to my Ugandan colleague the other day, and he asked me if it was true that most Nigerians had generators. It was funny but a little sad at the same time when I answered that every Nigerian and their neighbour who could afford it had at least one diesel or petrol generator. According to the World Bank enterprise survey, Nigerians with generators derived 58.8% of their electricity from their backup generators on average despite also having grid access. For Ugandans, this figure was just 17.6%.

But, one thing that hasn’t been funny this year is the energy crisis we’ve been experiencing. First, it was petrol—the NNPC imported contaminated petrol, and the Russia-Ukraine war made it difficult to get new supplies. This led to a fuel scarcity situation that lasted over a month. Around the same time, the available electricity generation dropped, leading to nationwide blackouts, no thanks to gas shortages. And still, within the same period, diesel prices tripled from about ₦200 to over ₦700 per litre. Nigerians haven’t been able to catch a break this year; it’s been one energy issue after another.

However, another energy alternative is gaining popularity with Nigerians, given that our petrol 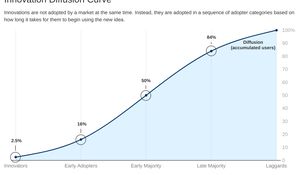 Is the market big enough for African fintechs? 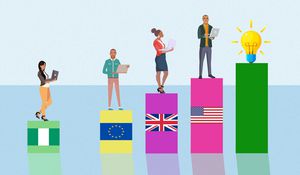 Explainer: why some founders raise more money than others