The North-Central tends to vote for the winner of the presidential election. Will this continue?

Before Franklin D. Roosevelt’s (fondly known as FDR) triumphant re-election campaign in 1936, the tiny state of Maine in the Northeastern region of the USA was considered a bellwether state for presidential elections. By bellwether, I mean that you could predict which way presidential elections would go by closely watching Maine.

It led to the saying in US politics: “As Maine goes, so goes the nation”.

However, FDR’s 1936 election changed this perception. Two months before Americans headed to the polls, Maine elected a Republican Governor (FDR was a Democrat). The Literary Digest, a widely read publication at the time due in part to its accurate election predictions, called the election for Alfred Landon, Roosevelt’s Republican challenger. Everyone expected the Republicans to win.

But, by the time the votes were in, FDR had won 46 of 48 states, with only Maine and Vermont voting for the Republican party’s candidate, Landon. It led James Farley, FDR’s campaign manager, to mock the once-famed saying by quipping: “As Maine goes, so goes Vermont”.

Over time, states like Ohio have picked up the bellwether gauntlet dropped by Maine. Ohio has picked the winner of 35 of the last 40 US elections, including a record of 14 straight elections from 1964 to 2016. Other states in the US with strong predictive records since 1980 include Nevada, New Mexico and Florida, and many analysts continue to pay attention.

However, as interesting as American elections 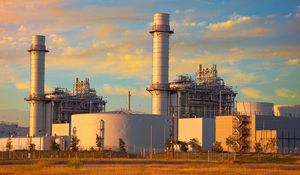 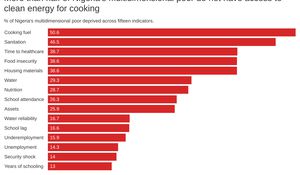 Why do 133 million Nigerians live in multidimensional poverty?