Why we cannot yet celebrate growing female entrepreneurship

What the data says about rising female entrepreneurship in Nigeria.

Last week, we asked you to squeeze ₦350 trillion into our government’s hands if you see them outside. We were joking, obviously.

But let me explain very quickly why we made that joke in the first place.

You see, the Nigerian government has been on a spending spree. That’s not entirely odd if you are going by Keynesian economics, which recognises the need for huge fiscal spending to stimulate economic growth. Even before the onslaught of weak consumer demand brought on by the pandemic, Nigeria was battling rising insecurity, fleeing foreign direct investment, and high-interest repayments on loans.

In the midst of that, the government is still expected to create adequate opportunities for the broader population as unemployment and inflation reduce living standards. Between 2018 and 2020, unemployment in Nigeria rose from 23% to 33%, putting the country at its worst unemployment crisis in history. And between 2019 and 2021, average inflation rose from 11.4% to 16.9%.

To be clear, though, this is not a pity party. I’m just making it clear that the government has to do a lot of planning and work to secure its economic future.

It’s not going to be easy. Especially when you consider how any economy is made up of different groups in society—people of different genders and social classes. In my view, any responsible government would be committed to thinking about 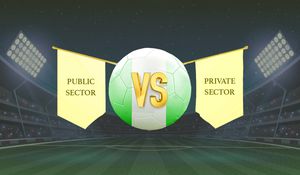 Why Nigerian football clubs are not successful 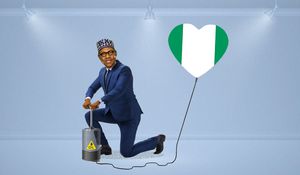