Let The Poor Have Babies

These programs are based on two major assumptions; that a smaller family is better and that the poor do not have adequate access to birth control.

The second follows from the first. If siblings compete for scarce resources (parental attention, money, etc.), then the more children a parent has, the less they can invest in each one. This idea is known as the “quantity-quality tradeoff”. As poor people tend to have more children than rich people, their behaviour is either irrational or a sign that they cannot control their fertility.

And yet, studies show that increased access to contraceptives has little effect on poor people's fertility decisions.

So why do the poor have so many kids?

Simple economics. In a country like Nigeria where there are no social safety nets for the poor, children are seen as an insurance package, a savings product and a lottery ticket all rolled into one tiny, convenient bundle.

The quantity-quality tradeoff assumes linear returns on investing in human capital (education, healthcare, etc.) for your child. It assumes that the relationship looks like the chart below. 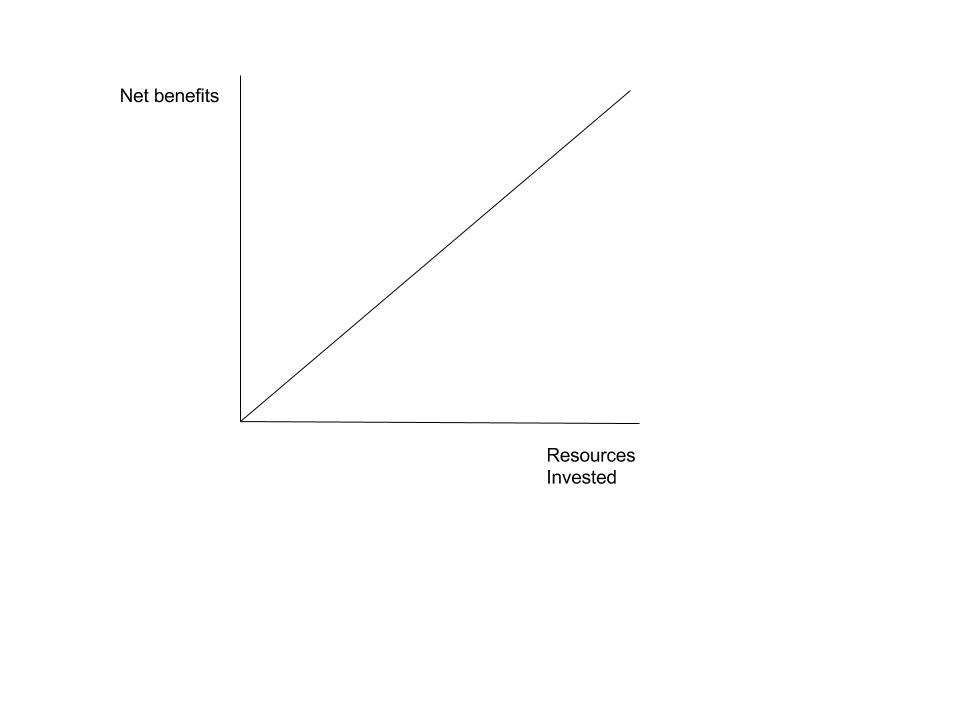 In reality, the relationship between resources invested and future earnings may look more like the diagram below, and there are many reasons why. Let’s use education as an example. Sending a child to school has two primary costs; tuition fees and the opportunity cost of the income a working child could bring home. As younger children can only carry out limited tasks and primary school education is cheap or sometimes free, the marginal return on primary education investment is high. For secondary school and university where the child is old enough to earn a significant income for the family, and tuition fees also get progressively higher, the net benefit of additional schooling could fall. 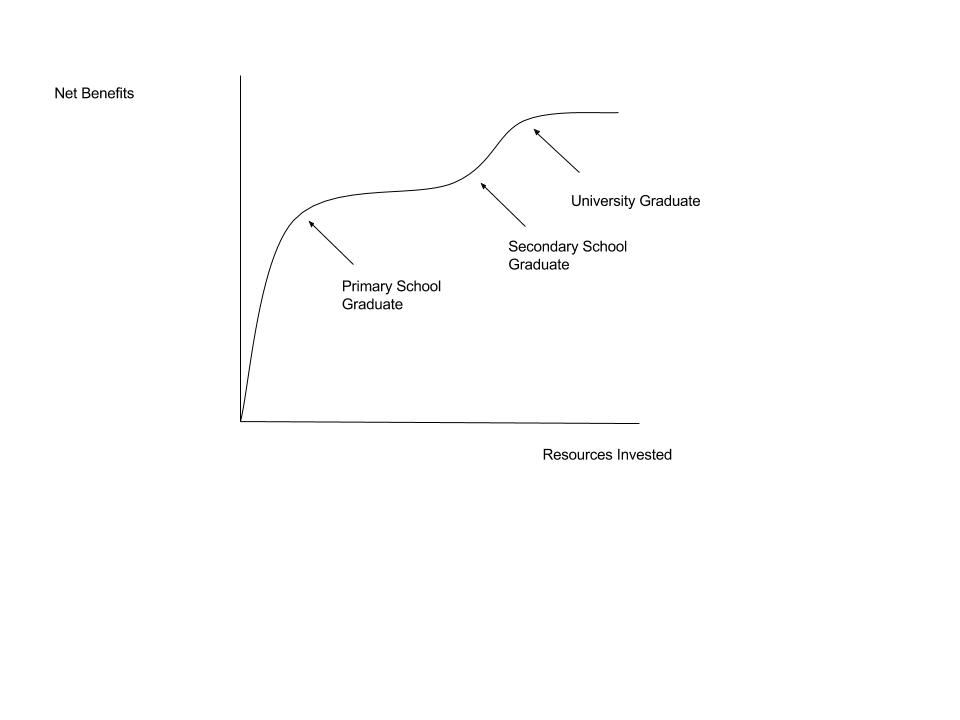 In this scenario, it makes sense for a low-income family to "diversify its investment" by training its children to primary school level. It could then enrol them in cheaper vocational training, enabling the family to have children with different basic skill sets.

If this same family focused all its resources on a single child, it might still be unable to send them all the way to university. The cost of private universities are far out of reach to low-income families, and public universities (which are not completely free) do not have nearly enough capacity to accommodate all applicants. Even if they managed to enrol the children in school, that child still needs to find a job in a country where the unemployment rate is highest for those with post-secondary education. Crucially, this child needs to earn significantly more than her peers that dropped out earlier – to cover the added training and opportunity costs.

If fertility decisions are based on economic considerations, then this model explains why family planning interventions fail to provide any improvement in outcomes for the children. In Bangladesh's Matlab program, researchers found no significant difference in height, weight, school enrollment or years of education in children from families that benefited from the family planning intervention. Further supporting this, research on China's one-child policy shows that in areas where the policy was relaxed, having additional children meant more education for the first child, not less.

Does this mean the poor always make rational fertility decisions? Probably not.

The relationship between resources invested and net benefits is not fixed and depends on the labour market of that country; specifically, the demand, supply and productivity of skilled and unskilled labour. As a country develops and productivity of skilled labour increases, fertility rates tend to drops in low-income families as the marginal benefits of investing in a single child start to justify having fewer children:

"Elsewhere in the developing world, in Asia and Latin America, fertility rates have fallen sharply in recent generations and now resemble those in the United States — just above two children per woman. That transformation was driven in each country by a mix of educational and employment opportunities for women, access to contraception, urbanisation and an evolving middle class." –  NYTimes

Moving away from economic considerations, there are situations where other factors dominate. Child marriages and the Almajiri syndrome represent cases of religious and cultural norms driving fertility decisions. But these are also situations where education and the law are better solutions than condoms and birth control pills.

It turns out that we underestimate the poor's understanding of the trade-offs involved in family planning. Likewise, they fail to consider the social effects of having large families. Therefore, whether the quantity-quality tradeoff applies or not, the best antidote to the social challenge of overpopulation will lie in education, health, and crucially, greater economic opportunities. As most of the Western world has shown in the past few centuries, population control is not the answer, economic development is. So I daresay, give the poor economic empowerment, and let them have babies.