As an economist, I tend to get very excited whenever I come across new data sources. Think datasets. Think reports. Think indices. I mean, I work at a data-driven intelligence company, so it makes sense.

When it’s timely, credible, and relevant, data offers a new way of measuring the complex economy around us. That’s very important for economists who are often tasked with designing policies that will improve the welfare of society. So with data, our jobs are made easier since it allows us to form better assumptions (and tweak our models) that inform policy recommendations.

For example, once upon a time, it was conventional wisdom to use GDP as the sole metric for understanding how well an economy was faring. Caveat: GDP is still important for measuring the performance of economies. National statistics bureaus across the world spend a lot of effort and resources on updating GDP numbers (also known as GDP rebasing). In a way, GDP is useful.

But it’s not enough.

Critics have said that the growth metric is flawed because it does not consider other important issues like inequality or changes in the quality of goods and services. GDP numbers leave a huge chunk of the population out of the growth discussion—so we might be growing economically because the rich are getting richer, while the poor fall behind. GDP also treats everything produced as neutral, and does not consider production costs. You only have to look at the alarming crisis developing in the Niger Delta where oil spills (and their damaging impact on the environment) are ignored because the oil and gas sector has been filling Nigeria’s fiscal coffers over the years. Therefore, an ideal solution would be to move towards a set of independent indicators that separately capture the dimensions of economic and social issues that we care about as a society. 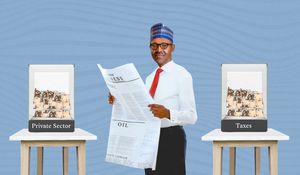 Two things the Nigerian government must focus on 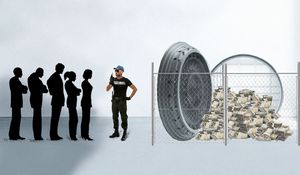